What Bain & Company Looks for in MBA Hires

Bain & Company—widely considered one of the most elite consulting firms in the world—is a coveted post-MBA destination for students at top business schools in every part of the globe. Headquartered in Boston with 53 offices in 34 countries around the world, Bain employs more than 7,000 people and counts as its clients leading Fortune 500 companies, as well as nonprofit and government organizations. And business is booming.

According to Keith Bevans, Global Head of Consultant Recruiting, the company has grown at a rate of 15 percent a year for the past 20 years, with no slowdown in sight. “We hire a little over 400 consultants a year—and that growth comes from the top business schools in the world,” he says. While the company primarily targets top-20 schools for MBA recruiting, it hires from more than 60 schools around the world and is committed to finding the best talent wherever it can.

Bevans is a Bain-lifer. He started as an associate consultant out of MIT, where he earned his bachelor’s and master’s degrees in engineering. He left Bain to get his MBA at Harvard Business School but returned upon graduation and has been there ever since. For much of his career, he was a client-facing partner in the firm’s Performance Improvement practice, with a focus on processes to improve effectiveness and efficiencies. Now he’s putting that expertise to work for his own company, and he couldn’t be happier.

His allegiance to the firm is clear, and it’s based in great part on his intimate understanding of its culture, which he describes as steadfastly collaborative and supportive. And he’s not alone. Bain frequently tops the “Best Places to Work” lists for Glassdoor, Vault and Consulting magazine, with employees praising its “great people and culture” and calling it “an incredible place to learn” and “the best place to start your career.”

It’s people, too, set Bain apart, Bevans agrees. “They are very smart, very passionate, maniacally focused on making a difference in whatever they are doing—and they wrap all of that in a layer of humility, which I think is very rare to find.” 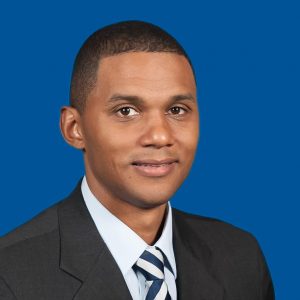 But interns alone are not enough to keep up with Bain’s growth. “It varies from year to year in terms of how many of our full-time hires are former summer interns, new full-time hires or former consultants. But the internship program never fills up the whole group.”MBA graduates are a big and important part of the company’s hiring, and many start out as interns in the 10-week summer associate program between their first and second years of business school. “It’s definitely an important on-ramp,” he says of the internship program, adding that it’s also a valuable opportunity for both Bain and its interns to determine fit. Notably, 90 percent of interns return to work for Bain full-time, Bevans adds. And there’s not a maximum cap on intern hires. “Our summer program is limited only by how many great students we can find,” he says. “We don’t have a target—rather I like to think of it as a minimum. If we find more great people, we will always go over whatever we set out for.” Which means there are opportunities for second-year students who may not have targeted Bain or consulting in their first year.

But interns alone are not enough to keep up with Bain’s growth. “It varies from year to year in terms of how many of our full-time hires are former summer interns, new full-time hires or former consultants. But the internship program never fills up the whole group.”

Don’t miss Clear Admit’s exclusive interview with Bevans, in which he talks about the firm’s commitment to employee training and support, goes into detail about Bain’s MBA recruiting process, shares where he looks and what he looks for in MBA hires and more. Our thanks to Bevans for making the time to share more about Bain with the Clear Admit audience.

Clear Admit: What sets Bain apart—not only among other consulting firms but also as an employer or company overall?

Keith Bevans: There are a couple of things about Bain people that set us apart. In my role, I have had the opportunity to travel to offices around the world hiring people, and what I have found is that Bain people are passionate about both the work they are doing and the things they are doing outside of work. They really jump right in with both feet. When you align that around our goal of having our clients be successful, you can really see the passion Bainies have for their clients—it just oozes out of them. We are having a big impact on our clients, and we are hiring people who are really energized by that.

With that as our starting point, we put them in an environment where we really do act like one team and do everything we can to support them in their professional life. From our global training programs to our onboarding program to the career counseling we provide—it’s all aligned around helping them be successful and be the best they can be. Bain people are people who want to have an impact.

Relative to other firms I think we are different in the sense that we have a very collaborative culture. We also have tremendously deep expertise in every major sector of the economy, and we bring that to our clients. “We’ve studied this and analyzed this, but why don’t we marry that with your expertise?” we’ll say to clients. We are not trying to prove that we are smarter than our clients but to work collaboratively with them to position them to succeed.

CA: How important are MBAs in your overall hiring? How many MBAs do you hire each year, both interns and full-­time? Are you continuing to grow at the 15 percent rate you’ve enjoyed for so many years?

KB: MBA talent is a big and really important source of talent for us. For the last 20 years, we have been growing on average at a rate of 15 percent per year. That makes for a phenomenal slide when I put it in front of recruits. We hire a little over 400 consultants a year, and that growth comes from the top business schools in the world. The bulk of our targeted efforts focus on top 20 programs, but we have hired from almost 60 different MBA programs around the world.

With our growth, our primary focus is to make sure we are finding the most talented people out there. The breadth of schools from which we’ve hired shows that we are continuing to do innovative things through the Bain Passport and Webinar series to connect with students wherever they are. Our intern program this summer is once again—for the third or fourth year in a row—the largest we have run as a firm. It is definitely an important on-ramp, if you will. And 90 percent of the MBA interns who come for the summer return to Bain afterwards. We find the best, bring them in for the summer and very often they start their careers with us.

As for the 10 percent who don’t return—most of the time it’s actually more of a mutual thing. Maybe they tried consulting and decided it’s not a fit for them. And here’s another example of the supportive part about Bain: Even the interns who don’t come back often get support from the people who worked with them at Bain. They help them identify what parts of the internship were the right fit, and what roles might be a better match and then they help connect them with people who can help. After all, they are still Bain alums and still part of the Bain family.