She’s officially one of Time Magazine’s “100 Most Influential People in the World” and has unofficially been dubbed Adweek’s Most Important Person in Advertising. Despite Wojcicki’s numerous and wide-ranging accomplishments within the tech industry, however, her beginnings suggested a very different trajectory.

A Silicon Valley native, Wojcicki was born to journalist Esther and Stanford physics professor Stanley and “grew up on a college campus” with two younger sisters, including founder of 23andMe Anne Wojcicki.

In an interview with Fast Company, Wojcicki said, “We had all these amazing people around us and they really cared about doing something meaningful for the world because they had a passion. I think that’s motivated me.”

In another interview with Makers.com, Wojcicki explained that she her childhood dream to become an artist led her down the road to tech. “I thought: ‘This is like a new way of making things, I can sell things, I can have influence.’ And then when the Internet came out, you could reach people all over the world.”

She went on to earn a BA in Mathematics and History from Harvard, an MS in Economics from UCSC, and an MBA from the UCLA Anderson School of Management.

Her Time At Google

In 1998, Wojcicki befriended Larry Page and Sergey Brin when she rented out her Menlo Park garage (and three rooms) to the ambitious Stanford Ph.D. students for $1,700 per month to help pay off her mortgage. The next year, at four months pregnant no less, Wojcicki left an extremely stable position to hop aboard the good ship Google as the nascent company’s marketing manager (and 16th official hire). Wojcicki explained to Glamour, “Joining Google when I was four months pregnant was a bit of a leap, but sometimes you have to do the right thing for you right now.”

Google CEO Larry Page described Wojcicki as having a “healthy disregard for the impossible” which is an understatement considering the indelible mark she left during her tenure at the company.

If you’ve ever wondered aloud if Ask Jeeves has been in self-imposed exile on the French Riviera or whether rising sea levels subsumed AltaVista, look no further than Wojcicki’s CV for why we live in a Google world. At the early stages of the startup, Wojcicki’s ingeniously convinced major universities to include Google search bars on their websites, sat back, and watched the search spread like wildfire.

Among Wojcicki’s achievements as Senior VP of Advertising and Commerce from April 2011 to 2014: AdWords, AdSense, Analytics, DoubleClick, Images and Books all have her fingerprints. According to a CNN profile, Wojcicki’s advertising products accounted for 87 percent of its revenues in 2012.

Still at Google, Wojcicki engineered the 2006 deal to acquire YouTube rather than compete for a cool $1.65 billion. The video service is now valued at anywhere between $15-$80 billion depending on who’s crunching the numbers. According to a New York Times estimate, “every day, 1 billion people around the world watch more than 300 million hours of videos on YouTube.”

In a Fast Company profile, Wojcicki’s CEO tenure arrives at a crossroads for the platform, in which many contend that, “creators cannot make a living producing content for the video site, [which] takes a hefty 45 percent of revenue from ads that run with videos.”

Wojcicki’s game plan is to somehow convert the “$212 billion global TV advertising market to digital” by aligning “the interests of Hollywood, Madison Avenue and Silicon Valley.” She elaborates, “YouTube is growing up. We’re providing programs for [our creators] to generate more revenue so they can generate even better, high-quality shows, and then also connecting them with the advertisers.”

It seems to be working, at least in the public relations domain. According to Inc., many YouTubers “are impressed with Wojcicki’s efforts to engage them and understand their needs,” as evidenced by her recent keynote address at VidCon.

Beyond Wojcicki’s ambitious advertising strategy, VR is a cornerstone of the next phase for YouTube in which she plans to find ways to empower creators to “chart this new frontier [and] build immersive, 3-D content.” 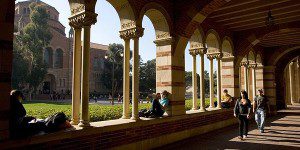