According to a press release, Loyola University Maryland’s Sellinger School of Business and Management has named Michael D. Hankin, President and CEO of Brown Advisory, as Business Leader of the Year for 2017.Sellinger has presented the Business Leader of the Year Award every year since 1983, recognizing those whose vision, dedicated effort and singular commitment to the highest ideals of business have distinguished them and their organizations as among the very best in the nation.

“Mike Hankin leads a firm that prides itself on thoughtfulness, a value we hold deeply as a Jesuit university that emphasizes thoughtful, ethical leadership. This approach also overflows into Mike’s work in the Baltimore community, where he is actively involved in efforts to improve the health of both residents and Baltimore’s Inner Harbor,” said Kathleen A. Getz, Ph.D., Dean of the Sellinger School.

Who is Hankin, exactly? He has been leading the Brown Advisory investment firm since 1998 when it became independent and largely employee-owned. He also serves in leadership roles for nonprofit organizations focusing on the environment and land conservation, education and health care, such as the Baltimore Waterfront Partnership and Management Authority.

Hankin also serves as trustee of Johns Hopkins University, Trustee and Vice Chairman of Johns Hopkins Medicine and Chairman of the board of managers of the Applied Physics Lab. He is president of Land Preservation Trust, a Trustee of the Chesapeake Conservancy and the Center for Large Landscape Conservation, as well as a Director for the National Steeplechase Association. He also serves on the boards of directors of Stanley Black & Decker and two private companies, Tate Engineering Services and The Wills Group.

Loyola will honor Hankin at the annual Business Leader of the Year dinner on Thursday, Nov. 16, 2017, at the Renaissance Harborplace Hotel in Baltimore. 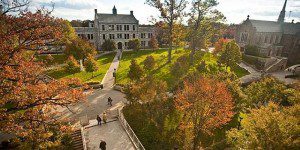