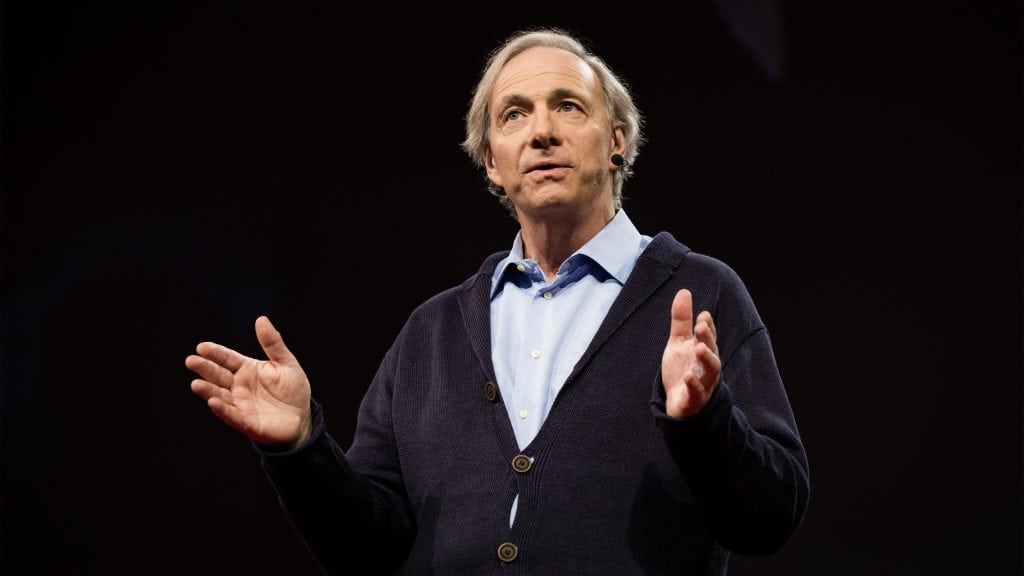 Dalio was born in Queens, New York and began investing by age 12 when he bought shares of Northeast Airlines for $300. It turns out, Dalio was a natural. His investment tripled following a Northeast Airlines merger. Dalio explain on the Tony Robbins Podcast that “the markets were hot” in the early 1960s, so he used the money he had earned as a caddy to buy stock in the only company he had heard of that was selling for less than $5 a share.

“The only reason I bought it is, I figured I could buy more shares, so if it goes up I would make more money,” Dalio says. “That was a dumb strategy.”

After dipping his toes into the world of investments, Dalio earned his bachelor’s degree in finance from Long Island University before taking to the floor of the New York Stock Exchange, where he traded commodity futures. Dalio would then go on to earn his MBA from HBS in 1974. A year later, he took his business school knowledge and all his prior experience and founded Bridgewater Associates out of his apartment. The firm would eventually move to a proper office in Westport, Connecticut in 1981. And shortly after, it became one of the largest hedge funds in the world.

Dalio told Business Insider that he developed Bridgewater’s core investment principles through the 1980s, but it wasn’t a perfect process.

“What I did every time I made a mistake—they became painful mistakes—but with time I realized that reflecting on those mistakes would give me gems,” Dalio says. “And I’d write down a rule.”

Dalio write down all of these rules and developed an employee handbook titled “Principles“, which is now available online.

You can watch Dalio discuss how became successful in this interview with Business Insider Editor in Chief Henry Blodget on “The Bottom Line,” Business Insider’s new weekly business news show.

In addition to his handbook, which was originally intended for employees at Bridgewater Associates, Dalio also has some advice for college graduates: “A successful life essentially consists of doing [the same] five steps over and over again… This is your personal evolution.”

What are Dalio’s five steps? As outlined in his Principles For Success miniseries, they are:

When he isn’t giving advice via his YouTube channel, Dalio can be found on Reddit giving advice in the form of AMAs to anyone seeking some insight. In his first AMA, Dalio spent two hours answering questions about investing, entrepreneurship, and career strategy.

“If there is one thing you could teach a 20-something year old, what would it be?”

“To know how to simultaneously think for yourself and know that you know virtually nothing, so that you have to take in the best thinking that’s available to you and critically analyze it.”

Another question was what Dalio would tell a younger version of himself if he could go back in time and do everything over again, to which he replied:

“Recognize that you are a dumb shit [who] doesn’t nearly know what you need to know in order to have the life you want to have, and that life is an adventure in which making mistakes and knowing how to learn from that is the best part.”

If that isn’t honest career advice, I don’t know what is. But when you’re talking to the founder of a multi-million dollar hedge fund, you shouldn’t want anything but the truth.

You can hear more from Dalio by watching his Principles For Success miniseries below: