Philadelphia Eagles fans around the world rejoiced last night, taking home the first Super Bowl victory in the history of the organization. A handful of Philly business schools also joined in the jubilation after the upset of the New England Patriots, sharing a round of joyous reactions.

Drexel University and the LeBow College of Business was among the first to share their reaction to the Eagles victory, posting a celebratory video from University president John Fry.

Temple University and the Fox School of Business were a bit less formal in their congratulatory Eagles reaction, posting the following.

Hey @Eagles,
That was fly. #FlyEaglesFly

Villanova Business went a bit of a different direction, with students Michelle Maduras (’19 VSB) and Kriya Amin (’19 VSB) review the night’s ads in a live feed. Some of their favorites from Sunday night came from Mountain Dew, Doritos, and, of course, the New York Giants’ Dirty Dancing inspired tribute.

That's all from us! Thanks for following our SuperBowl takeover, and congratulations to the @Eagles, #FlyEagelsFly!!! pic.twitter.com/54q7KeFNee

Out of Chicago, experts from the Northwestern Kellogg School of Management revealed their thoughts on the Super Bowl 52 ads, which you can check out over at Clear Admit. 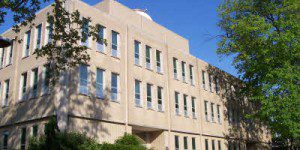