MIT on the Problems with Twitter, and More – Boston News

Marketers Take Note: When Too Many Choices are a Burden, Not a Benefit – Questrom School of Business News

BU Questrom School of Business Ph.D. alum Sarah Whitley recently co-authored a new Journal of Consumer Research paper with Associate Professor Remi Turdel and fellow Assistant Professor Didem Kurt, in which they discovered “that people typically want more choices when they’re buying for pleasure [and they want] fewer choices when they make a purchase for strictly utilitarian or functional reasons.”

The research dives into what is more commonly known as the Paradox of Choice. The idea crept into the market lexicon shortly after the release of the 2004 book The Paradox of Choice – Why More Is Less from psychologist Barry Schwartz, NYU alum and U. Penn Ph.D. The general idea Schwartz derived was that consumer anxiety could be caused by too many options. However, research from Whitley, Turdel, and Kurt reveal that it may only pertain to specific kinds of purchases, not simply overall.

Whitley says the major takeaway is that businesses can be more strategic if they know “what motivates the buying decisions of their customers.”

“For product categories where people feel that they have unique preferences, it may be worth it to have more variety. It may be fine to reduce the number of offered products where this is not the case.”

About four years ago, MIT Sloan Associate Professor of Operations Tauhid Zaman put together a social media experiment in which he used Taylor Swift’s friends on Twitter to “open the gates to her inner circle.” 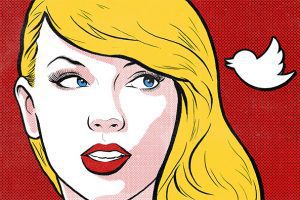 Dubbed the “follow-back problem,” Zaman sought to understand “the underlying dynamics of follows on Twitter, [such as] what kinds of Twitter interactions matter the most when trying to get followers? And do overlapping social networks actually help build connections? If they do, then to what degree do they help?”

The article notes that social media tools can “have a tremendous blast radius” in terms of their ability to powerfully influence the opinions of a whole country.

“In my opinion, this can be far more dangerous than conventional weapons which have a fixed blast radius. These are weapons, and I’m building efficient ways to use the weapons, so this has to be handled with care,” Zaman said.

Read the full article, the first in a three-part series examining new work about Twitter, influence, and bots, here.

The authors describe the CEO’s job as “relentless.” They write, “Given that work could consume every hour of their lives, CEOs have to set limits so that they can preserve their health and their relationships with family and friends. To sustain the intensity of the job, CEOs need to train—just as elite athletes do. That means allocating time for health, fitness, and rest.”