Finding funding for a startup isn’t easy. Not only are there few angel investors looking to fund early-staged startups, but time and distance can make it even more difficult to succeed on the fundraising path. That’s why Babson College F.W. Olin Graduate School of Business works together with the Indian Angel Network (IAN), India’s first and the world’s largest business angel network, to develop a new type of startup competition: the IAN Global Startup Competition.

“We are pleased to host such a vibrant initiative that demonstrated the breadth of talent and truly innovative ideas being created by Babson startups,” Padmaja Ruparel, co-founder of IAN and Founding Partner of the IAN Fund, says in a press release.

“For more than ten years, IAN has worked to advance the transformative power of entrepreneurship across the globe, opening the door for emerging businesses to draw on in-depth operational and strategic mentorship.”

The IAN Global Startup Competition is one of the first of its kind—a virtual academic competition designed for the global entrepreneur and a global audience. Completed entirely online, the tournament welcomed Babson affiliated companies—companies with at least one owner who was a Babson student, alumni, parent, or staff member—to pitch their business to a panel of judges in a virtual finale held via video.

“At Babson, and particularly at the Blank Center, our role is to help entrepreneurs realize their ideas and build their companies,” says Debi Kleiman, Executive Director of the Blank Center for Entrepreneurship, who ran the competition. “We knew all the companies that pitched IAN, and we worked with all of them while they were in school. We were a part of their story. The IAN Global Startup Competition was just another way to help these companies gain traction by assisting them in earning their first round of funding.”

Using Cisco Webex online conferencing, each finalist pitched their companies, shared their PowerPoint decks, and completed a question and answer portion in front of an international audience of Indian Angel Network investors, Babson entrepreneurs, and other startup enthusiasts. In the end, Spext, a technology that turns recorder voice content into useful and editable content, came out the winner. The company is now eligible for an equity investment of up to $250,000 from IAN and the IAN Fund after appropriate due diligence.

Spext uses voice to text APIs to quickly convert recorded voice content into digital transcripts that support text editing. The goal of Spext is to leverage the familiarity of text editing to “open the door for voice content to be easily created, edited, and consumed.”

As for how Spext has made it so far, Gosavi credits his Babson MBA with “teaching him both strategic frameworks —including product positioning, go-to-market strategy, and managing a team, and tactical skills, including creating financial projections, doing competitive analysis, and running meetings.”

In his pitch, Gozavi emphasized that Spext built a highly talented research team in India and that with this deep tech knowledge, global researchers will want to join. He also focused on communicating four things clearly: the problem, Spext’s unique solution, how big the company can be, and the team.

“An early-stage company like Spext needs value-added investors in addition to the capital, Gosavi says in the Babson blog.

“IAN has seasoned operators and executives who have built and scaled tech companies before. Their expertise on strategy, go-to-market and growth will be invaluable.”

What makes the IAN Global Startup Competition stand out in a crowd is its fully virtual format. None of the finalists had to take time out of their busy schedules to participate. Instead, they pitched from their homes in San Francisco, New York, and India.

“By making it a virtual competition, it allowed people from all of the world to participate,” Kleiman says. “Our entrepreneurs didn’t have to travel to take part. Instead, they participated from wherever they were at the time, which was efficient and also allowed a global audience to join in. In the end, hundreds of people watched the virtual competition from all over the world, in real-time, getting an idea of exactly what startups go through to gain angel investment.”

The competition offered a unique opportunity to connect angel investors with entrepreneurs in the simplest way possible. The only struggle was figuring out a date and time that worked for everyone. In the end, the pitcher from West Coast had to pitch at 6 a.m. while the pitcher in India had to pitch at 7:30 p.m. on a Saturday night. It made things a little complicated, but interesting nonetheless.

“Sometimes entrepreneurs are building companies in places where there isn’t a well-developed ecosystem for entrepreneurship—maybe it’s nascent or maybe it’s just not a well-supported community—so by making this a virtual competition we were able to give an opportunity to Babson entrepreneurs from anywhere in the world, to get access to angel stage funding and world-class mentorship from IAN,” Kleiman adds.

“I think location can be a factor in a startup’s success but there are entrepreneurs everywhere building innovative companies and, in some cases, they might need more resources and access than they are getting from their local community.”

To learn more, check out this in-depth write up on the IAN Global Startup Competition here. 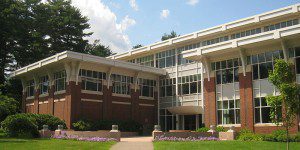