New working research from the Haas School of Business at UC Berkeley suggests that the sharing economy might actually be more beneficial to manufacturers than previously thought.

While Uber might have taxi cab dispatchers shaking in their skivvies and the rise of Airbnb could very well spell the end for what we know as the modern hotel industry, Operations and IT Management Professor Jose Guajardo revealed in a recent paper that emerging peer-to-peer rental markets actually “represent more opportunity than menace for manufacturers…savvy enough to exploit them.”

In a world where consumers are potential competitors, Guajardo and his co-authors discovered that whether peer-to-peer markets help or hurt manufacturers critically depends on “how often people use the products.” For instance, when it comes to the matter of car sharing, it’s more likely that there will be a disparity between how often people actually use their cars, in which case the best move for manufacturers is to “sell to frequent drivers and rent to occasional motorists.”

Guajardo notes the premise is straightforward. The presence of a car-sharing market may likely tip the scales in favor of manufacturers since there’s potential for owners to make money back by renting out their vehicle on more flexible days. “This way, the peer-to-peer market gets some middle-range users to buy and enables infrequent drivers to rent, boosting overall consumption,” he said.

Elon Musk has already incorporated this terraced arrangement into Tesla’s business model whereby owners will be able to “tap a button on their phones to rent out their vehicles, generating income that could make the pricey electric cars more affordable.”

Guajardo concludes, “There is a large variety of cases in which the peer-to-peer rentals can be good news for traditional firms.” If manufacturers can incorporate peer-to-peer operations into their business models, “it can be a win-win situation for both manufacturers and consumers.” 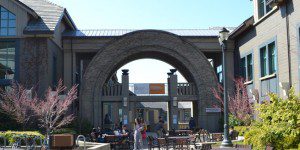