How the Penn State MBA Became a Bloomberg Businessweek Favorite

In one of the most remarkable leaps in the history of Bloomberg Businessweek’s annual U.S. business school ranking, the Penn State Smeal College of Business jumped from 37th to 25th in just a single year: the largest leap for any school in the ranking.

Smeal Managing Director Carrie Marcinkevage credits their unprecedented ascent to “several years of employment and curricular improvement” based on an academic staff of professionals who believe in the programs offered and pay increased attention to their students’ development.

Historically, this is the kind of accomplishment that skeptics highlight as an emblem of the shadowy world of business school rankings. But in the past four years, Bloomberg Businessweek has taken steps to gradually alter their formula for calculating these rankings each year. In 2016, for instance, 18 schools reported ranking shifts in the double digits. While the poll’s top ten remained the same between 2016 and 2017, the fact that only two schools experienced this type of shift on the 2017 list suggests that the accuracy of Bloomberg’s calculations is improving—and schools like Smeal are doing something right.

So, what strides has Smeal made to improve their operations between 2016 and 2017?

Marcinkevage explains, “Our career team coaches each student individually and matches them with an alumni mentor not upon arrival in September, but immediately upon enrollment and over the summer.” In order to strengthen educational foundations, Marcinkevage explains, “We have focused classes on four functional concentrations (supply chain, marketing, finance, and consulting) and added 18 elective options for breadth.”

Enhanced communication between the MBA and MOL (Masters of Professional Studies in Organizational Leadership) programs has catalyzed an academic and post-graduate renaissance of sorts for Smeal, which has improved both enrollment and development. Director Marcinkevage credits these years of development to having a direct correlation with “increased selectivity, down from 27 percent in 2014 to 17 percent this year.”

Increased enrollment coupled with improved first-year counseling has led to “consistent improvement in employment rates, up from 75 percent to 91 percent over that same period.” The breadth of study at Smeal also seems to have played a significant role in the 12-point Bloomberg jump. Within Smeal’s four major concentrations, students can accrue the necessary skills to pursue careers in project development, investment allocation, modern product placement, public and inter-organizational communication skills, analytical investment forecasting and tax, trading, and stock legalities. 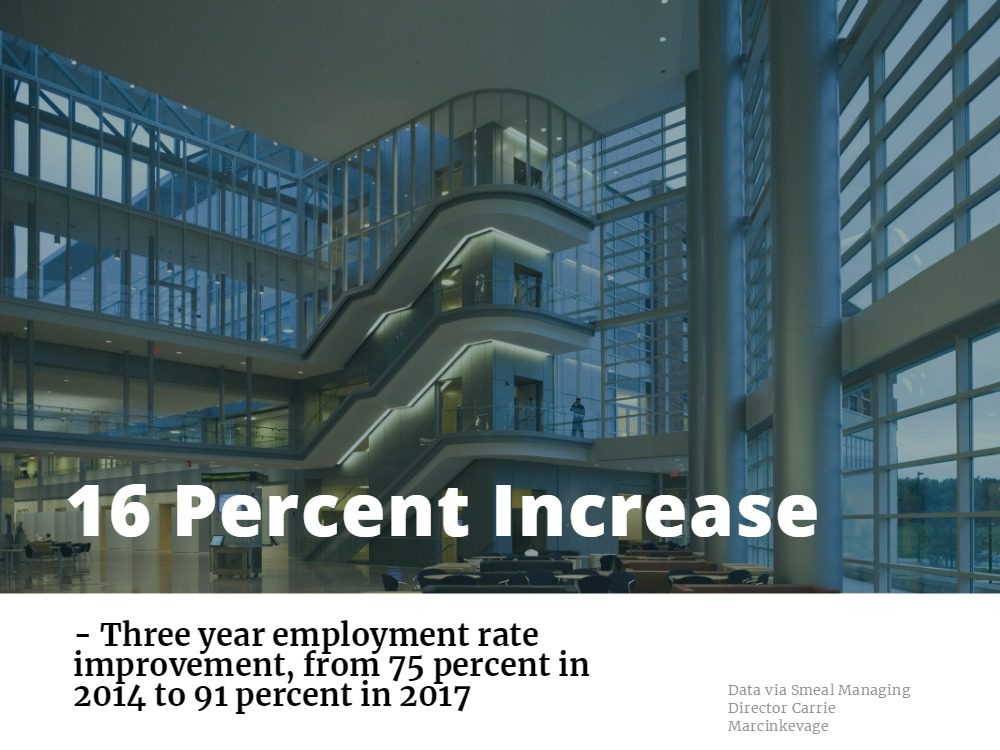 The 2017 Bloomberg survey data demonstrates promising employment data for Smeal MBAs. Compare, for instance, the average salary of a pre-MBA Smeal student ($43,000) to that of a first-year MBA graduate ($97,500) to that of a Smeal MBA after 6-8 years ($139,800). Smeal also reports a job placement rate of 88.9 percent three months after graduation, compared to an average job placement score of 86.2 percent for the other 84 schools in the poll. The most popular industries for Smeal graduates to pursue careers are within consulting, healthcare, manufacturing, retail, and technology.

Only time will tell if Bloomberg has found a steady method to calculate success rates for business schools. But for Smeal to emerge 12 places in a year that saw very little fluctuation, especially within the top 25, it seems that their practices will continue to put students on a successful journey into the field. 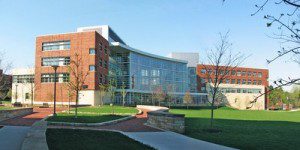