What Is Next for Temple’s Fox School of Business?

Just a week after the the resignation of longtime dean Moshe Porat, the Temple University Fox School of Business still has a lot of questions to answer.

Temple Fox is not the first school to lose its status due to artificially boosting its own rankings. In 2011, Villanova’s law school came under fire for giving false GPA and LSAT data to U.S. News & World Report and the American Bar Association. Just one year later, both Tulane University and George Washington University were docked by U.S. News for submitting false data for a positive placement on its annual rankings lists. The following year, in 2013, Bucknell University was caught providing incorrect SAT data. So while the history of Temple’s relatively new public relations bruising is not unprecedented, the question now remains of what the future may hold for the Philadelphia business school.

In a recent Philly.com article, writers Susan Snyder and Erin Arvedlund ask just how much did the outward effort for high rankings hurt Temple? In the piece, MetroMBA and Clear Admit co-founder and CEO Eliot Ingram says, “At the end of the day, the value proposition of the Fox MBA program rests on its education, brand, and network.”

“Having read the Jones Day report, I am stunned that the dean would risk jeopardizing the brand and reputation of the entire Fox/Temple community by overseeing a multi-year effort to submit incorrect data to U.S. News in order to get a high U.S. News ranking for the Fox online MBA program. As Benjamin Franklin once said, ‘It takes many good deeds to build a good reputation, and only one bad deed to lose it.'”

The fallout has already produced a lawsuit from nine individual students, represented by lawyer Jason Brown. Speaking with Snyder and Arvedlund, Brown says, “Had they [Temple] done the slightest due diligence of how they shot up to the No. 1 slot. They handsomely profited from it and didn’t care about how they obtained the wings to fly so high.” 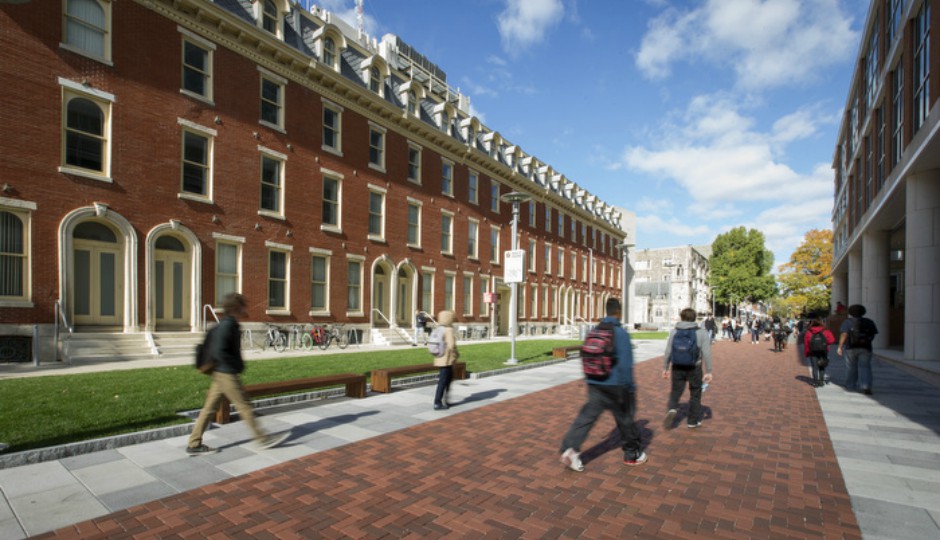 After its dismissal of Moshe Porat, the Temple Fox School of Business is still without a dean during a tumultuous time.

There are some who still vocally support Porat, who was officially dismissed from the business school on July 9. Temple MD and MBA graduate Raza Bokhari has reportedly considered removing his $1.5 million donation to the school. Talking with Philly.com, Bokhari notes that the school did not inform him personally before dismissing Porat. “People like us who write big checks watch this. Our goodwill is very important.”

“He said he [Porat] is assessing the situation,” Bokhari adds. “He feels he’s been victimized. He is also reviewing his options and is very graceful. He wants Fox to do well.”

A few days after the news initially broke, Philly.com profiled Porat’s time at the business school, highlighting a bevy of co-workers who appeared to stay in Porat’s corner. “Have we sacrificed due process for expediency?” one anonymous finance professor asked, despite the rankings fallout starting six months prior.

“His supporters say Porat, 71, was pushed out too quickly for a rankings scandal discovered under his watch. They argue that the Jones Day law firm report released last week doesn’t make clear that he personally ordered numbers to be manipulated. More than 100 faculty and staff turned out at a somber meeting last week with Temple president Richard Englert and provost JoAnne Epps to voice their defense and criticism of Porat.”

Adding even more pressure to the situation, the business school will be seeking re-accreditation this winter; nearly a year before it was originally scheduled to do so.

Regardless of the internal strafing among the faculty and staff, Temple’s principle concern moving forward its finding an adequate replacement and rightfully adjusting how it handles its internal data for future rankings. The latter of which will likely continue to be of massive importance for the school, according to Samuel Hodge Jr., who teaches law at Fox.

“I believe if you talk to any dean at a top 100 business or law school, rankings are of critical importance to him or her,” he says. “Faculty must be held accountable, and requiring excellence in the classroom and research makes us better academicians. Rankings also provide a measuring stick to gauge improvement and to maintain consistency and accountability.”

Recovering from the scandal may seem daunting, but most of the schools caught in similar fashion, such as the Villanova University School of Law in 2011, usually end up recovering in the rankings in the long-term. Philly.com notes that the school fell 20 spots on the U.S. News law school rankings after the incident (falling from 67 to 87), but now sits 65th overall. The Fox School of Business Online MBA, however, was ranked 1st overall for four years in a row by U.S. News, so when the school eventually returns to the annual ranking next year, the falloff may be a bit more severe.

Stay tuned with MetroMBA as this story continues to unfold.