As a professor with the business school for over 20 years, Navarro penned nine books, most of which unmistakably mark China as a threat to the U.S. and the world-at-large. Several of his published works include The Coming China Wars, Death by China: Confronting the Dragon – A Global Call to Action and Crouching Tiger: What China’s Militarism Means for the World.

Death By China was also adapted into a short documentary feature narrated by actor Martin Sheen, in which he argues that the American people must “help defend America and protect your family – don’t buy ‘Made in China’.”

Navarro acted as a special advisor during Trump’s campaign, likely driving his ideological attacks against global trade, Chinese manufacturing and the loss of U.S. jobs.

The announcement of Navarro’s appointment has arrived shortly after several potentially antagonizing tilts between the two economic superpowers. First, shortly after the election, Trump had a phone call with acting Taiwan President Tsai Ing-wen allegedly without previous discretion (the Trump team stated that the call was pre-planned), going against decades of foreign policy agreements. Then, just last week, after China seized a submarine drone, Trump criticized the incident on Twitter. He writes:

We should tell China that we don’t want the drone they stole back.- let them keep it!

He will head the White House National Trade Council, serving as director of trade and industrial policy. 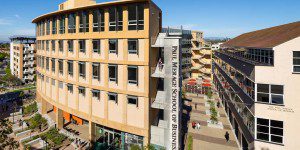