The Mihaylo College of Business and Economics at California State University, Fullerton was founded in 1963 and has been offering MBA degrees since its inception. The largest accredited business school in California, Mihaylo received accreditation in business administration from the Association for the Advancement of Collegiate Schools of Business in 1965 and in accounting in 1997. Mihaylo offers MBA, MA and MS programs, including online programs and programs for working professionals. The college is named for Steven G. Mihaylo, a 1969 Cal State Fullerton graduate turned successful businessman who has made significant contributions to the university.

Public transportation around campus and the greater Fullerton area is possible via the Orange County Transportation Authority, which utilizes buses and trains. The main campus is located just over 35 miles from the Los Angeles International Airport.

After four years of construction, Mihaylo Hall was completed in 2008. The three dramatically modern buildings that comprise Mihaylo are considered the “gateway” to the CSUF campus.  Mihaylo Hall is home to the school’s graduate and undergraduate business and economics programs.

Students at Mihaylo College learn from more than 150 full-time doctorate-level educators, as well as from 65 private-sector, part-time educators — giving students an education rooted in both academic excellence and real-world experience.

About 25 full-time master’s students generally study at Mihaylo with nearly 300 part-time students. A diverse student population attends Mihaylo, representing nearly 70 countries worldwide. Ages of students in the program are quite diverse, as well, with students from 21 to 65 attending class.

Mihaylo offers two MBA programs, including a flexible (full or part-time) program and a program for fully employed professionals (FEMBA). 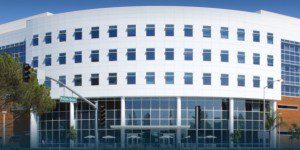