Philadelphia or Boston? Where’s the Best Place to Earn a Part-Time MBA

If you are interested in pursuing a degree in a diverse East Coast city, want to be surrounded by history and culture, and still immerse yourself in growing business community, two main cities come to mind: Philadelphia and Boston.

Both cities are at the center of U.S. history, and continue to be some of its largest centers of commerce and academia, with numerous opportunities to put its stellar education to work.

Surrounded by so many possibilities for professional development, an MBA student in a city like Philadelphia or Boston may not want to put their career and income on hold to pursue a full-time degree.

Thankfully, many of the business schools in Philadelphia and Boston offer part-time MBA programs, allowing students more flexibility as they kick off their careers in these exciting cities. But how to decide which one? We’ll take a look at some of the top part-time MBA programs in each metro to help you choose the right city for you.

Once the capital of the United States, Philadelphia has never stopped being a center of both business and history since the time it played host to the country’s founding fathers. Home to some of the oldest and best universities in the country, Philadelphia has experienced a renaissance in recent years as young talent has become priced out of more expensive metros like New York City and Washington DC. The cost of living in Philadelphia remains fairly low, while the ever-growing business scene in the city offers the opportunity for high earning potential. This year, 14 Philadelphia-area companies made the Fortune 500 list.

Like Philadelphia, Boston has been a center of commerce and trade since the days of the Boston Tea Party. Today, the city is home to nine Fortune 500 companies, including major established firms like GE (13th on the Fortune 500 list) and newer but thriving businesses like Wayfair. However, Boston has a much higher cost of living than Philadelphia. The city currently ranks as the third most expensive city in the country.

Between the Wharton School of Business and the Harvard Business School, Philadelphia and Boston offer two of the most highly regarded MBA programs in the country. However, both of these schools only offer full-time MBA programs. Students looking for more flexibility in their schedules still have a number of stellar programs to choose from.

Most of the part-time MBA programs in the Philadelphia metro work on a hybrid structure, allowing students to take a combination of classes both online and in person. Many programs also offer students the chance to select majors or concentrations in which to specialize their business education. With a variety of possible concentrations at some of the most highly-ranked part-time programs in the country, students from these programs have gone on to find employment at major firms like DuPont, KPMG, and JPMorgan Chase.

Part-Time MBA Programs in Philadelphia Include

Like Philadelphia, Boston’s part-time MBA programs offer more flexibility for students to complete their degree on their own time. Most courses are offered in the evening or on weekends, and can be taken over the course of just two years or up to seven. Programs like the MBA at D’Amore-McKim also give students the opportunity to concentrate in fields such as Corporate Finance, Corporate Renewal, Entrepreneurship, and more.

Part-Time MBA Programs in Boston Include

The tuition costs can vary from program to program, and can also be cheaper if the part-time program is competed online. On average, programs in the Philadelphia metro area can range from $45,000-$65,000 for the degree. The range of costs in Boston can be slightly higher, with some students spending up to $95,000 over the course of their degree.

Although the cost of an MBA in Boston may be slightly higher than Philadelphia, the difference in average salary between the two cities may even out concerns of cost. In Boston, the average salary for someone with an MBA degree in a field like finance is $112,000, whereas in Philadelphia it is only around $90,000 per year. 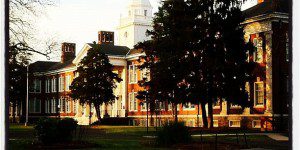