On the surface, cities like Philadelphia and Washington DC appear to have a lot in common. Both have occupied roles as a center of U.S. history, and have transformed into exciting and ever-changing metros for both established businesses and new startups. If you’re interested in earning an MBA in a top metro area on the East Coast, it might seem impossible to choose between the two.

Even so, Philadelphia and DC offer a number of exciting—but different—kinds of opportunities for up-and-coming business professionals. Between what program you want to pursue and what kind of career you envision yourself in down the line, understanding the differences between top metros can be a crucial part of planning your future. Below, we’ll break down some of the biggest differences in location, programs, and job placement for each metro.

Philadelphia vs. Washington DC: The Differences

For ambitious business students hoping to put their education to work in a government agency, it’ll be hard to beat the nation’s capital for opportunities and experience. Even for those looking outside of the government setting, the DC metro area is home to fifteen companies on the Fortune 500 list, including corporate giants like Exxon Mobile and Walmart. Yet while such heavy hitting companies in the area provide a high earning potential, MBAs will still want to consider the high price of living in DC: currently, the city ranks as the third most expensive place to live in the country.

Check This Out: Searching for the World’s Top MBA Recruiters: Comcast

While Philadelphia may not be the city that pops into your mind as a bustling center of business, research shows the City of Brotherly Love can’t be beat when considering the job market and affordability: a 2016 survey from Adobo found that Philadelphia’s unemployment rate was 20 basis points below the national average, while the average price of a home was at or below 30 percent of the average income. MBA graduates will find no shortage of business opportunities in the city, even among major firms: in 2017, 20 companies in the Philadelphia metro made the Fortune 500 list.

Featuring more than 35 higher education institutions with post-bachelor business programs, Washington DC is home to some of the top MBA programs in the United States. Fully aware that many of these programs will shape future politicians and government leaders, many of the MBA programs in Washington DC include a focus on integrity and ethics within the global business community.

Full-Time MBA Programs in DC Include:

When it comes to business schools, Philadelphia is probably best known for The Wharton School at the University of Pennsylvania, consistently named as one of the top business programs in the world. But Philly is also home to a wide range of programs with a variety of specializations. Programs like the full-time MBA at Temple University’s Fox School of Business also offer students to take their education beyond Philadelphia, with international campuses based in Italy, London, and Japan.

Full-Time MBA Programs in Philadelphia Include:

Just as important a factor as cost of living, average cost for an MBA program is an important consideration when choosing where to earn your degree. As expected, top programs in both Philadelphia and Washington DC can come with a high price tag. The average cost estimate for one year at Wharton is $105,265, while tuition at DC’s Georgetown McDonough School of Business is $90,591. The average for each city, however, remains much for affordable: approximately $82,090 for programs in Washington DC, and slightly lower in Philadelphia—schools like West Chester even offer an MBA as low as $21,000 per year.

With so many incredible companies located in both Washington DC and Philadelphia, MBAs have the chance to earn top salaries that can go a long way in both cities. Depending on the position, MBAs in Philadelphia can make anywhere from $64,665 per year (as a financial analyst) to $104,186 per year (as a senior product manager). In Washington DC, the average salary for an MBA graduate is in the $80,000 range, with employees reporting yearly salaries of $74,758 (operations manager) up to $111,983 (marketing director). 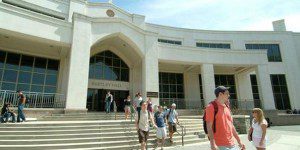