If you’re looking to earn a Texas MBA, where should you go to school? Should you choose a top MBA program in Dallas or Houston? First, we need to take a look at the cities.

Living in Dallas vs. Houston

First, let’s take a look at the cost of living in Dallas vs. Houston. According to Numbeo, the world’s most extensive database containing user contributed data about cities, the overall cost of living is relatively similar: $4,242 in Houston compared to $4,000 in Dallas. Houston barely edges out Dallas with a slightly higher cost of living, and here’s how that’s broken down.

Other things to consider when choosing between Dallas and Houston include:

However, according to Forbes, “while Houston and Dallas have decent amenities (and having better ones surely wouldn’t hurt), they aren’t places that offer a unique lifestyle brand, such as charming architecture or a cutting-edge arts scene.”

The next step is to compare the top three MBA programs in each city. In particular, we wanted to take a look at the tuition rates (two years), GMAT averages, and post-graduation salaries at each program in each city to get a well-rounded picture.

Overall, there are a few things to note right away.

Here’s how it all breaks down per school.

The McCombs School of Business offers a full-time MBA, an Evening MBA, a Weekend MBA, and an Executive MBA program. And it’s considered one of the top business schools in the country, consistently ranking highly on various lists, including ranking 28 according to The Economist.

Dallas vs. Houston Breakdown in Charts

When breaking down the data between MBA programs in Dallas and Houston, here’s what it looks like: 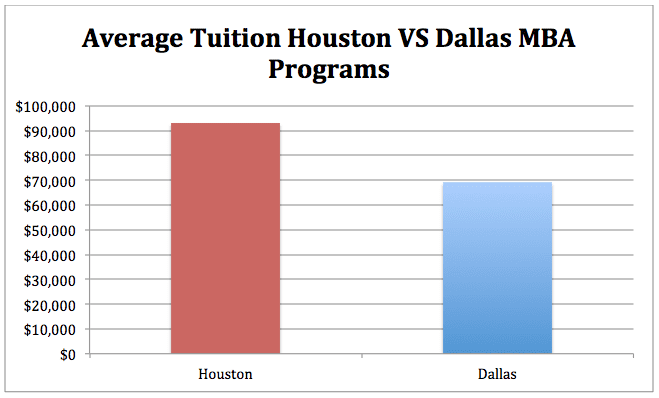 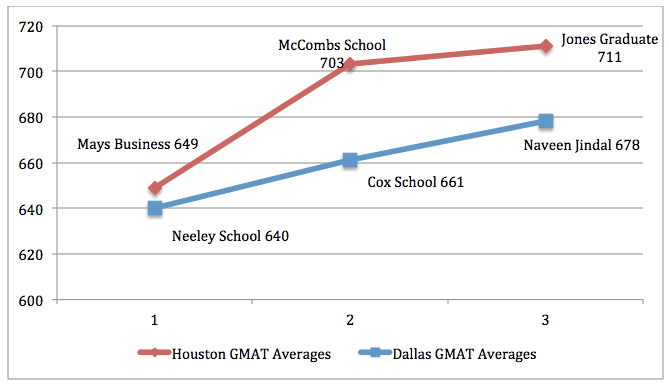 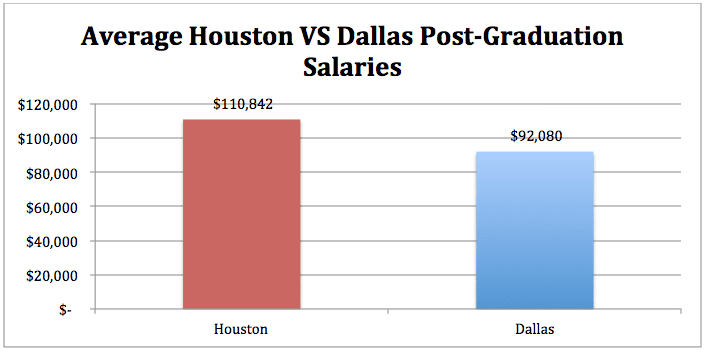 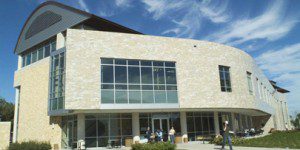