We’ve rounded up some of the top stories coming out of Los Angeles metro area business schools this week.

The trip, which was led by alumna and associate professor Katherine Whitman, included visits to several companies and the opportunity to take a deeper look into the country’s business operations. Students got the chance to go inside the factory of a joint Canadian-Chinese venture in auto transmissions, the research and development labs of a pharmaceutical company and more. And thankfully, even this business trip wasn’t all business- students had the chance for several cultural excursions and a final stop in one of the world’s largest financial centers, Hong Kong.

Why Would a Former Investment Banker Want to Run Los Angeles Schools?– Marketplace.org

Austin Beutner, a former investment banker and past deputy mayor of Los Angeles, has recently been appointed as superintendent for the Los Angeles Unified School district. The second largest school district in the country, the LAUSD currently includes more than 640,000 students in schools across southern California. This week, Beutner was interviewed by Marketplace to discuss his change from business to education, and how this could inform the way he leads the district.

“Schools don’t have a bottom line, but that doesn’t mean you can’t measure and hold accountable,” Beutner said, examining the differences between various environments. “It doesn’t mean you can’t make sure your workforce is well trained and have the tools they need to succeed.” According to Beutner, many of the same skills learned in business are applicable to running a school district, helping provide him with the background necessary to work towards closing the opportunity gap and better serve the needs of the kids. “… part of the challenge is going to be to have to make sure that where we are investing resources today reflects the mission of the organization,” Beutner commented in the interview, “which is to help every child achieve, and reflects the values of the community it serves.”

To read more of Beutner’s interview with Marketplace, click here.

An MBA student at Argyros School of Business Chapman University recently took first prize in the annual Three Minute Thesis Competition (3MT), among fourteen other Chapman graduate students across six colleges. The competition, which began ten years ago in Queensland, Australia, has today become an annual competition taking place at more than 200 universities across the globe. The competition forces students to think about their research in a way that can be fun and engaging for audiences outside of their field. Student presentations were judged based on effective communication, visuals, timing and delivery. 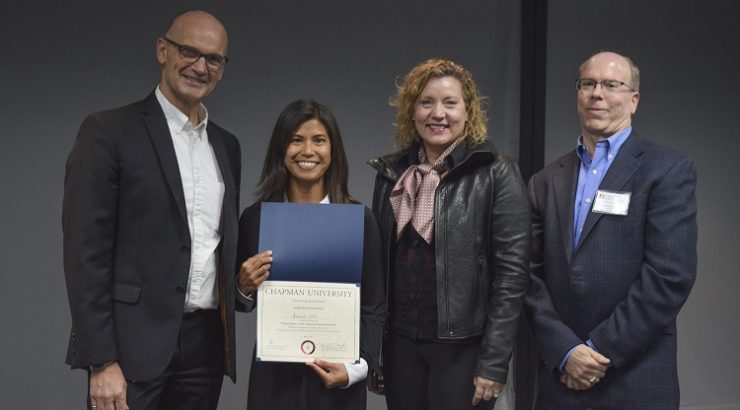 The first place winner was Rowena Zahn (MBA, Food Science ’18), who was awarded with $1,000. Zahn’s research, “Optimization of DNA-based methods to identify elasmobranch species in shark cartilage pills,” attempts to identify the species of shark used in dietary supplements (which often use shark cartilage for its anti-inflammatory effects) in order to identify mislabeled or vulnerable species in the pills.

You can read more about Zahn’s research and the 3MT competition here. 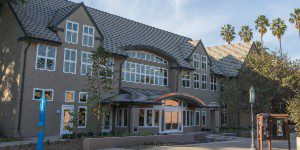