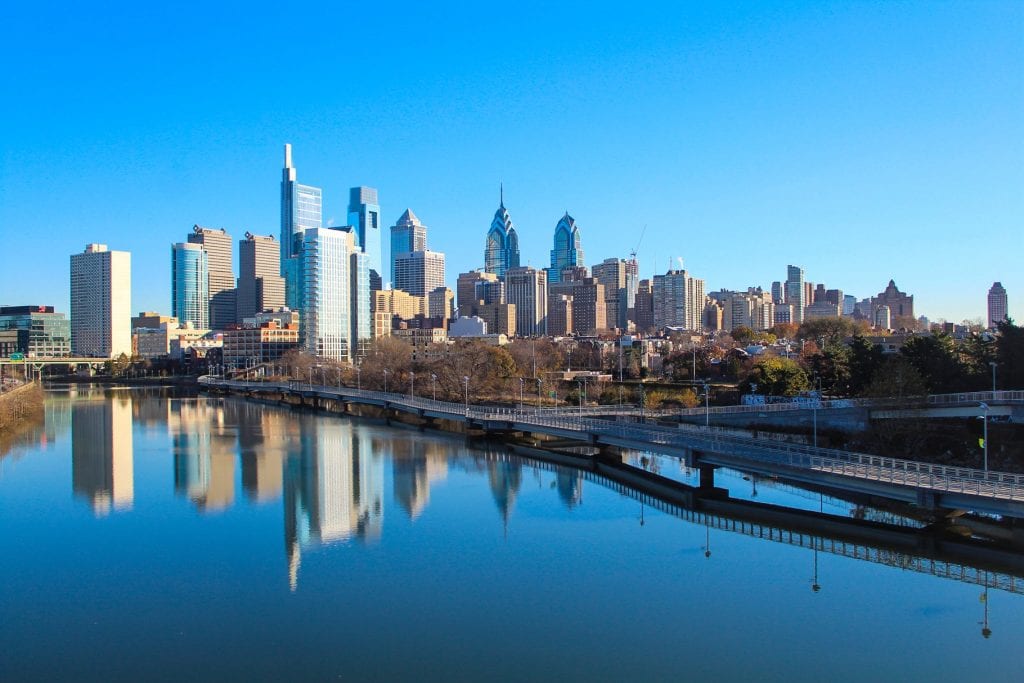 Where should you earn your MBA in Pennsylvania if you want to walk away with a high salary upon graduation? We’re breaking down the top five MBA programs for high salaries in Pennsylvania: Wharton, Tepper, Smeal, Katz, and LeBow.

It should come as no surprise that the University of Pennsylvania’s Wharton School was home to the highest-earning MBA graduates in the state. As of September 2019, the median total compensation for a Wharton MBA graduate was $180,000.

This high salary for full-time MBA graduates can be attributed to a variety of factors, not the least of which is Wharton’s high rankings. The school ranks in the top ten on almost every report:

The 20-month full-time MBA program is also known for its advanced curriculum, high-quality internships, career treks, and flexible study options, all of which contribute to high salaries for recent graduates. Not to mention the quality of incoming students, which are some of the best in the world with an average GMAT score of 732 and an undergraduate GPA of 3.6.

Top employment industries for Wharton graduates also impact the salary. Most graduates either enter financial services or consulting, two of the top-paying industries:

Carnegie Mellon University’s Tepper School of Business in Pittsburgh is not far behind Wharton in terms of graduate salaries. The median total compensation for a Tepper MBA graduate in 2019 was $150,250.

Better yet, Tepper MBA graduates may recognize better return on investment more quickly, due to the much lower tuition rate of just $68,000 per year, or $136,000 for the full two years. As for where these graduates start their careers, the top employment industries for 2019 included:

The MBA program is well known for its STEM-designation, which makes it a leader in providing business, technology, and analytics-focused education.

As for why Tepper MBA graduates earn such high salaries, it has to do, in part, with the school’s high rankings. The program ranks in the top 20 regularly.

Penn State’s Smeal College of Business is one of the best in the U.S. and around the world. It ranks in the top 50 on almost every global ranking.

This high ranking, on top of the school’s world-class curriculum and career prep services, earn its MBA graduates high salaries. The median total compensation for a Smeal MBA graduate in 2019 was $130,500.

As for where Smeal graduates work, some top employment industries include:

The University of Pittsburgh Joseph M. Katz Graduate School of Business is one of the most affordable MBA programs on our list. Its one-year and two-year MBA programs offer students the ability to quickly earn their MBA with great return on their investment.

While Katz isn’t an MBA program with the highest-earning students post-graduation, it does offer among the best ROI. According to a 2019 Forbes report, Katz ranks first overall in “Years to Payback” an MBA investment among U.S. Schools. Students can payback their MBA school investment in just 3.6 years, thanks to having the ninth most affordable tuition in the country.

The median total compensation for the University of Pittsburgh MBA graduates, according to Forbes is $95,000.

No information is available about the top industries for Katz MBA graduates. However, top industries can be inferred based on the school’s specialized degree programs, which include accounting, finance, customer insights, and supply chain management. Some top employers include:

Information about the median base salary and signing bonus was not available for Drexel LeBow MBA graduates. Instead, we had to use the average base salary per the U.S. News, which was $75,182. However, according to Emolument.com, the average salary for an MBA graduate might be closer to $121,000.