Before we close out November, let’s look into some of the biggest news from the Los Angeles business school community from the week that was.

The UCLA Anderson School of Management just announced the 2018 John Wooden Global Leadership Fellows, a program which, according to Anderson’s website, honors students who exemplify “leadership ideals and a commitment to improving the lives of others.”

The fellowship was named after Naismith Hall of Fame basketball coach John Wooden. Wooden, perhaps the most successful NCAA basketball coach of all-time, won 10 national championships with the UCLA men’s team from 1964 to 1975, coaching up NBA legends like Kareem Abdul-Jabaar and Bill Walton.

Barnette, who also received her master’s of public health at UCLA, is currently Director of Operations at WellStart Health, an organization that offers innovative methods to reduce chronic disease. Leah Maddock Loh also attended UCLA for her master of public health degree, and her current work focuses upon reproductive education with Kaiser Permanente.

Gerry Sims, a U.S. Marine veteran, received an undergraduate degree in management from Purdue University before deciding to join the military. He was deployed in Afghanistan twice, serving as an intelligence officer. Sims recently worked with Google’s small business division where he focused on increasing diversity. He works to raise money for the Special Operations Warrior Foundation, which provides assistance to families of veterans and the vets themselves as they re-enter civilian life.

Ryan Tan has also integrated his military service into his MBA and his career.  A member of the armed services in Singapore, Tan is pursuing his EMBA at UCLA in conjunction with coursework at the National University of Singapore. He brings the values he learned from his extensive military service to his role as head of mergers and acquisitions at StarHub Ltd., one of Singapore’s largest telecommunications companies.

You can learn more about the John Wooden Global Leadership Fellows here, which will also featured a moderated discussion with celebrated Anderson alum and YouTube figurehead Susan Wojcicki.

Entrepreneur Jim Demetriades (LMU LA ’85), the founder of Kairos Ventures, returned to Loyola Marymount Los Angeles, discussing the importance of private funding for scientific research. Sponsored by the Fred Kiesner Center for Entrepreneurship, Demetriades’ talk was entitled “How Science Will Change the World in the Next Five Years.”

In the aftermath of several recent events, such as natural disasters and the cuts in research funding by the U.S., Demetriades believes that privatization of such funding is the wave of the future. With a background that combines computer science, mathematics, and economics, Demetriades formed his own software company which led to the formation of Kairos.

His goal is to “turn scientific breakthroughs into successful businesses.” Among his recent projects is raising $50 million for research at Caltech. He foresees innovative developments in various industries, such as wireless devices that can charge from up to 20 feet away, and artificial insect pheromones meant to increase crop efficiency.

You can learn more about the school’s investment in research here.

Banking on Success: A Look at Careers in the Banking Industry with CommerceWest CEO Ivo Tjan ’99 – Mihaylo College of Business

Ivo Tjan, (Mihaylo ’99) recently shared his insight with current Mihaylo College of Business MBAs into why the banking industry is an increasingly worthwhile as a career venture.

Tjan, who became a CEO at the incredibly young age of 27, had just received his undergrad degree when he earned the job.  With a niche at CommerceWest that provides commercial services for companies with revenues between $5 million and $100 million, Tjan is a leader in providing services to small to medium sized companies.

“There are not many people going into banking because it is unsexy.” Tjan says. “But the unsexy part is the entry into the opportunities you will have. There is a huge vacuum for young people to take new roles and responsibilities that will create good value for them … [with a banking career] you get to meet many entrepreneurs and business owners who are starting off, on their way to becoming multi-million dollar successes.”

The talk focused also upon the importance of mentorship at Cal State Fullerton. “When I wanted to apply the real-world fundamentals to [my mentor’s] teachings, they were always open to discussing and talking about it, which helped me accelerate my understanding,” he says.

You can read more about Tjan’s recent discussion at his alma mater here. 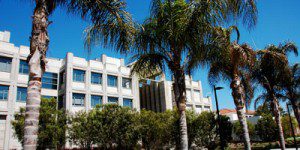