Pick Your City: Should You Get an MBA in Seattle or Vancouver?

The U.S. vs. Canada? No, we’re not talking about hockey (this time)—we’re discussing MBA programs. Where should you earn your MBA if you have to choose between Seattle and Vancouver? What are the benefits of each city, how much will each location cost, what can you expect in terms of job opportunities, and what MBA programs are available in each city?

While at a glance, Seattle and Vancouver seem very comparable—offering similar big-city experiences for residents—when you dig a little deeper, the differences are striking.

In our “Pick Your City” series, we break down two similar locations to help you choose your best MBA program.

Seattle or Vancouver: Cost of Living

While just a three-hour drive and a border separate Seattle and Vancouver, that slight distance makes all the difference. But before we start digging down into what exactly makes each city unique, let’s take a look at the cost of living.

Neither city is inexpensive by any stretch of the imagination, but according to Numbeo, Seattle is going to cost you quite a bit more than Vancouver. It costs around $5,958.88 to maintain the same standard of living in Seattle that you could have in Vancouver for just $4,875.26. This assumes rent in both cities—a three-bedroom in Seattle’s city center costs $3,583 compared to $2,856 in Vancouver’s city center. 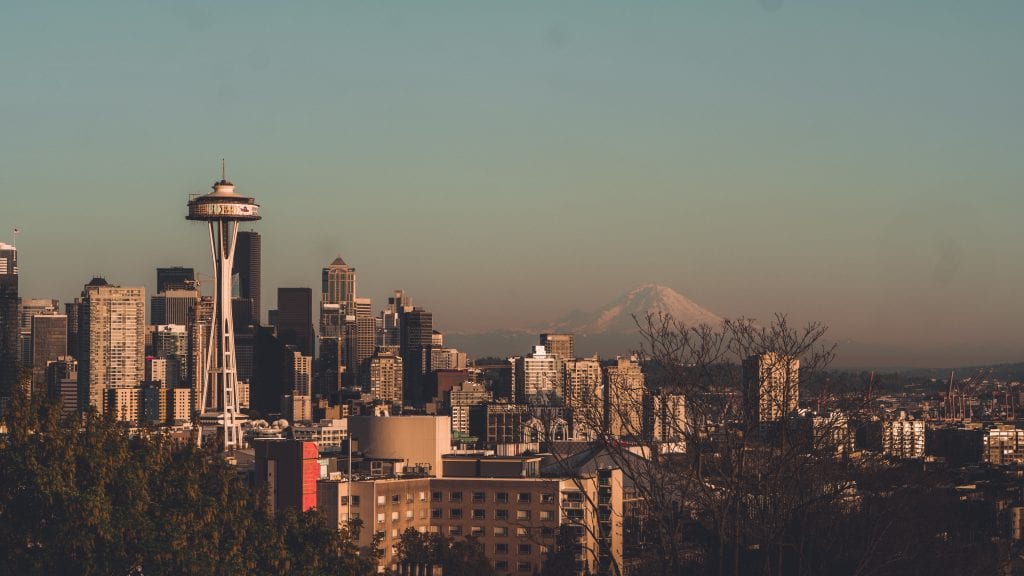 The Seattle–Tacoma–Bellevue, WA metropolitan area has an estimated population of 3,867,000 as of 2017

However, the cost of living isn’t the only thing you should consider. You have to fit into the culture of the city where you choose to live. The better a city fits your lifestyle and expectations, the happier you’ll be.

Since both Seattle and Vancouver are big cities, you can expect the same essential conveniences, and their nearby locations mean the weather is also similar. But Canadians and Americans have very different lifestyle expectations. For example:

Now, let’s take a look at the city-level when it comes to culture.

Seattle is the fastest-growing city in the U.S. this decade with an 18.7 percent change in population since 2010. This incredible growth is partly responsible for the expense of the city, but not wholly. Seattle is a major gateway for trade with Asia and is home to the fourth-largest port in North America.

So, it should be no surprise that the city is very diverse with high populations of Asian, Native, African, and Scandinavian Americans. It also has a thriving LGBTQ+ community—ranked sixth in the U.S. in terms of population. And that diverse population translates into a hopping food and music scene.

The city is the home of the ’90s grunge scene, as well as avant-garde jazz and many Broadway-style musical shows. And for sports fans, the city’s beloved Seahawks in the NFL, Mariners in the MLB, Storm in the WNBA, and Sounders in the MLS offer plenty of entertainment. And in 2021, the NHL will arrive in the city, attempting to fill the never-ending void that was created when the Supersonics left.

Outside of the city, Seattle is known for its beautiful landscape, nicknamed the “Emerald City” for its lush evergreen forests. Residents enjoy hiking, skiing, and snowboarding in the nearby Cascade and Olympic Mountains, and kayaking and sailing in the Pudget Sound.

However, that also means that business can be a little slower in Vancouver. Don’t expect quite as high salaries or as many open jobs. Though there are still many companies thriving in the area, which we’ll talk about more later.

One of Vancouver’s main features is its landscape. It’s surrounded by mountains, which makes it not only one of the most beautiful cities in Canada but one of the best for outdoor enthusiasts. There are many opportunities for skiing, kayaking, hiking, and more all within 30-minutes of downtown.

We also have to mention Vancouver’s incredible public transportation. It has the world’s longest fully automatic driverless train system in the world: Skytrain. It’s known for its efficiency and regularity. There’s also the Seabus, which ferries people to North Vancouver in 20 minutes. 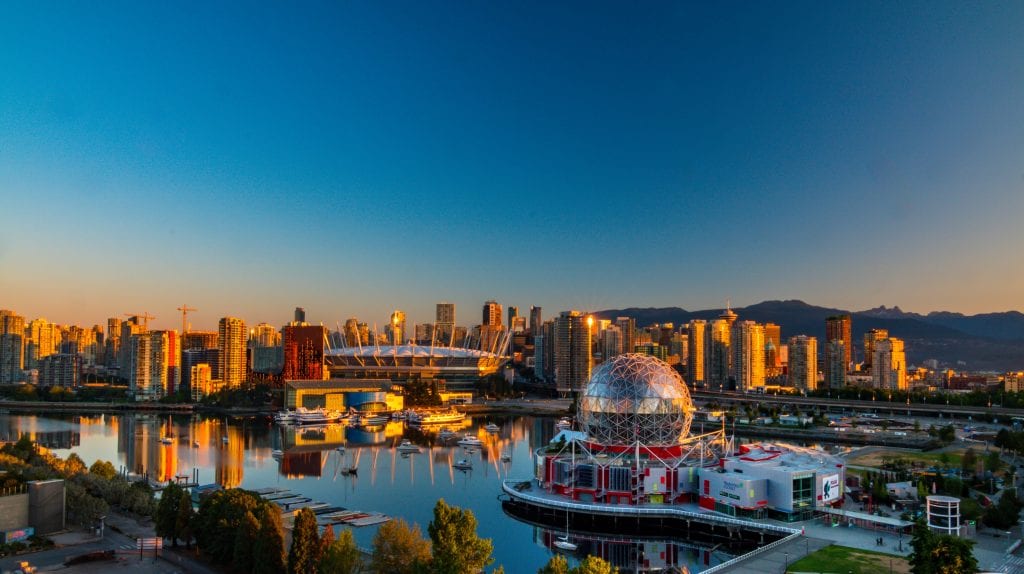 When it comes to job opportunities and the economy, Seattle stands out. Large companies dominate Seattle’s landscape with five companies on Fortune 500’s list, including Amazon, Starbucks, Nordstrom, Expeditors International Washington, and Weyerhaeuser. Seattle’s economy is truly booming. According to WalletHub, it’s home to the healthiest economy in the U.S. with the highest GDP growth, top six exports per capita, fourth-highest percent of jobs in high-tech industries, and top four most independent inventor patents per 1,000 working-age population.

Some of Seattle’s top employers include:

As for Vancouver, it’s consistently named one of the top five worldwide cities for livability and quality of life. And since the Port of Metro Vancouver is the third-largest port by tonnage in the Americas (beating out NYC), it offers some uniquely thriving industries, doing more than CAD 172B in trade with over 160 different trading economies annually. Vancouver is also a center of software development, biotechnology, aerospace, video game development, animation studios, and television production. There’s also a strong focus on lifestyle and health culture, being the hub for Lululemon, Arc’teryx, Nature’s Path Foods, and more.

Some of Vancouver’s top employers include:

Both Vancouver and Seattle are home to some well-known business schools with quality MBA programs. We’ll take a quick look at the top three programs in each location.