The path for startups can be treacherous. In our series “Startup Lessons,” we examine new MBA startups at the ground level to understand how they succeed.

“When I changed the way I was eating, it changed my life.”

Life changes that sound like this often mean someone became healthier, or maybe more productive. While these lifestyle improvements can truly be attributed to Erin Lenhardt, the change meant something even bigger: her own business.

Lenhardt, the CEO and Founder of food startup platform The Food Mint, grew up surrounded by healthy, organic food on her parents’ farm in Missouri. The environment proved to be the perfect kind of incubator for her career, but was only actualized after completing her undergraduate degree from Reed College in Portland, Oregon, where she earned her BA in Religion.

The aforementioned change came after Lenhardt poured more thought into what she wanted out of a career. “I spent the five years prior to business school at a small biotech company in Chapel Hill (North Carolina), working my way up in business development,” she told MetroMBA in a recent interview. “I was doing a bunch of soul searching about what I wanted my career to look like. I tried to figure out where I wanted to work in business. I realized what I cared most about was food.” Lenhardt, Founder and CEO of The Food Mint

“In 2011 I had a bit of an ‘Aha!’ moment that I wanted to combine food and business,” she continues. “I wasn’t really sure how to combine them. I decided to go after an MBA after I realized how hard it was to build new businesses.”

For anyone familiar with the startup world, even minimally, the notion that it would get easier after Lenhardt earned her MBA from the Booth School of Business at the University of Chicago in 2015 is a bit misguided. “One of the problems that startups have is that they just don’t have any money,” she fully admits. “In order for me to make the economics of my new food startup consultancy make sense, I had to take on 100-120 hours a week to make it work. I realized this was pretty unsustainable, so I had to make a team. Within several months I built a small team (mostly part-time) to help me manage the workload.”

Working that many hours a week would fall somewhere between hectic passion and destructive insanity, but for Lenhardt it’s simply part of the process of building The Food Mint, which has been doubling in size every year for the past two years. Specifically, the company specializes in providing “hands-on” advisement on how to grow food-centric businesses. “At the same time, and perhaps more importantly, we might help you find a way to do things more effectively, or more efficiently, so that your small business has a better chance to succeed,” the official website reads. The company’s official blog RealFoodMBA also provides valuable intel for those looking to enhance or build their own food startups.

This isn’t to confuse The Food Mint with a simple business accelerator program, Lenhardt stresses. “Most accelerator program require temporary geographic location. It’s pretty structured with meetings every day or week. You have mentors and advisors with set milestones and a program that typically ends with a demo day. And most of the startups that go through the program end up with an ASK (an offer price in debt or equity). We help teams come up with and execute the strategies that will help them grow one side of their business.”

As The Food Mint grows, Lenhardt expects a slight transition away from general food businesses and to refine their focus on the consumer packaged goods (CPG) industry. But getting to this point, like so many others before her, requires a long head-start. For students and recent graduates looking to build their own entrepreneurial empires, Lenhardt argues for urgency.

“Get started NOW,” she exclaims. “I think one of the biggest barriers for people is that they feel they need to do a ton of research. The best way to start a business is just to get started. It’s actually not that hard, it’s about getting out of your own way.” 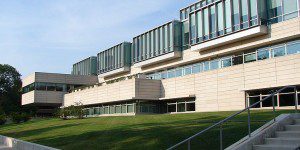