American International Group, better known as AIG, is a multinational insurance and finance corporation that operates in more than 95 countries, employing over 60,000 people. As one of the world’s largest insurers, it’s a safe bet that MBA students and graduates can do very well at the company.

Let’s take a look at how B-schoolers can secure a position with the world’s largest insurer:

For professionals with previous work experience in pursuit of higher-level positions, AIG employs technologists, administrators, engineers, healthcare professionals, risk managers, and financial professionals. With regard to the hiring process, current AIG employees were hired via recruiters, employee referrals, and everything in between.

Applicants who are invited to interview can expect an initial interview with an AIG recruiter, followed by in-house conversation with a business member or team of interviewers.

Interns undergo three days of orientation and training, then step into one of AIG’s lines of business. The company promises its interns “real projects, with equal opportunity for challenges and achievement.” AIG interns who demonstrate the most leadership potential are typically hired by AIG for full-time employment after graduation.

What Does an AIG Analyst Position Entail?

Open to graduates of all degree disciplines, the AIG analyst position is an entry-level pathway with an average salary just shy of $80,000. Described as “exclusive and competitive,” the program hosts an orientation in New York City for hires from around the world. Even entry-level analysts at AIG can expect hefty salary opportunities, with analysts starting around $80,000 USD per year.

The “First 100 Days” initiative, which aims to support new hires with their transition into the company. At the end of the initiative, new employees take part in the Horizon Challenge, “a multi-month learning experience focused on developing innovative solutions for strategic challenges AIG currently faces.”

The First Year Learning Experience then culminates with the Spring Development Session, “an opportunity to showcase key learnings from the Horizon Challenge and reinforce takeaways from your first year.”

With immersive and challenging learning environments, opportunities for advancement and moving within the multi-faceted company, AIG also emphasizes its value of diversity and inclusion. AIG’s Employee Resource Groups seek to foster community and support employee development. The company boasts $7.9 million in matching gifts to charities chosen by employees.

Salaries for MBA graduates can greatly vary, due to position seniority and specialty. For instance, MBA graduates with an expertise in marketing may be better suited for a career in Project Management, which offers an annual salary rate estimated above $100,000 USD per year. General Managers often make even more, pulling around $128,000 per year, according to Glassdoor data. 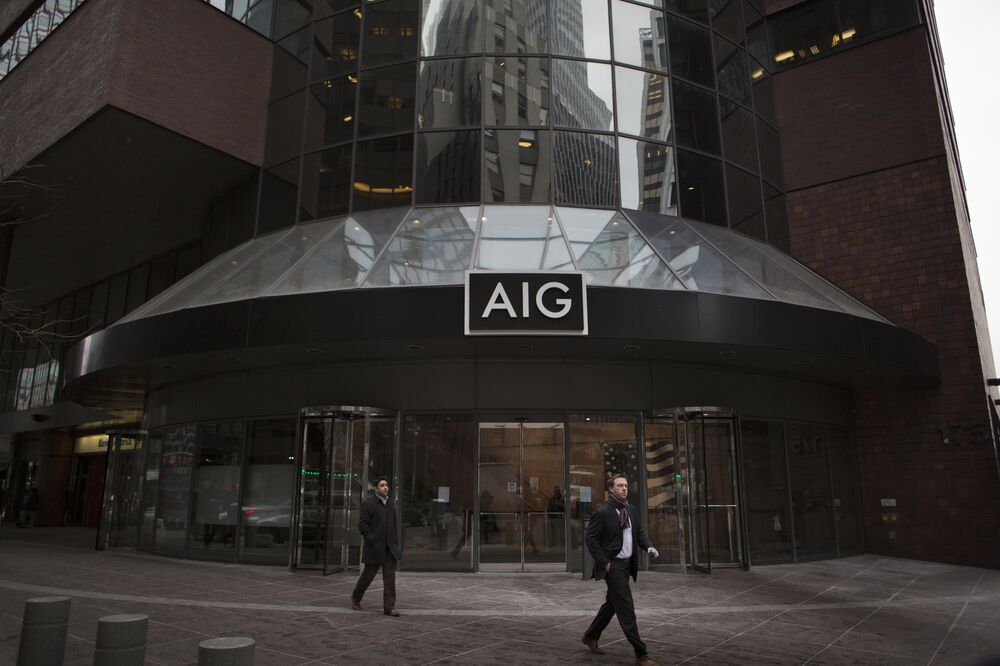 MBA graduates at AIG can often make more than $100,000 USD per year, varying by positional specialty and seniority.

AIG career benefits, as one may assume, are also fairly strong. Various anonymous reports on Glassdoor detail that employees typically see a minimum of 21 days off per year, with several days that can carry over year to year. Some employees also report unlimited time off, which may seem like a godsend compared to several of the world’s most recognizable insurance firms. AIG also offers employees a comprehensive pension plan, 401(k) offerings, and more.

Professionals with significant work experience and demonstrated success may be targeted for direct recruiting, but most hopefuls will need to do their own legwork to get this employer’s attention. Beyond the internship and analyst pathways, AIG offers membership with its Talent Network. Experienced professionals are encouraged to search opportunities and apply directly via the company’s careers site.