Since 2011, the social media empire has been one of Glassdoor’s most praised companies to work for, earning a top five spot seven out of the past eight years, including three number one overall awards. Facebook employees are often given extensive benefits, including four months of paid maternity leave—a policy often considered a luxury in the U.S., which has no legally mandated paternity leave policies for employers. As well, earlier this year, Facebook COO Sheryl Sandberg announced the company would implement paid sick time for employees and family members.

With increasing revenue streams, the company’s hiring numbers have continued to swell, with nearly 19,000 employees as of earlier this year—a 38 percent jump from March 2016 to March 2017. In fact, just this week, the company announced it will be adding 800 more jobs at its new London office. 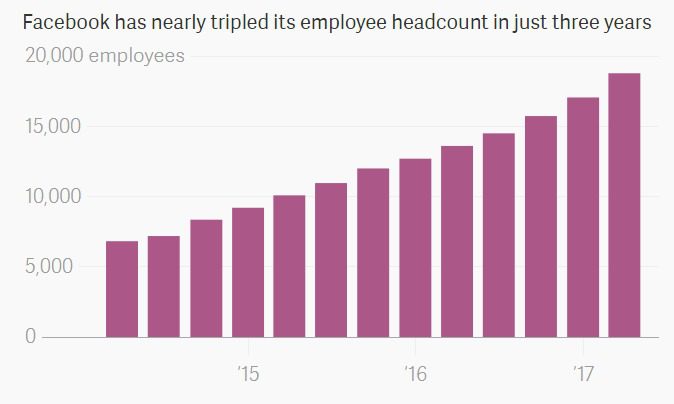 Of course, the central pitch to work at the social media monolith may be predicated on the payment of employees. According to Paysa, the average Facebook salary is north of $250,000 annually, combining base pay, bonuses, and equity. Most jobs at the company start at, at least, $70,000 USD annually, with business management roles starting at $135,000.

The company has also made a concerted effort at diversifying its hiring. Speaking with Forbes, Lori Goler, vice president of people, said, “Diversity is critical to our mission at Facebook, because we serve a community of 2 billion around the world, and of course there’s diversity in that community.”

The company, according to Forbes, employs between 33 and 35 percent women, and there has been considerable gains among women employed with computer science and engineering backgrounds, as well as a 500 percent increase in employment among those of African descent since 2014. In the interview, Goler added, “We’re nowhere near where we want to be, but we’re at least hearted to see that at least we can make some progress.”

While certain statistics indicate a wave of MBA grads may be leaving consulting in favor of tech-centric employers, as evident by the recently released Northwestern University Kellogg School of Management employment report, consulting companies are remain one of the primary targets for MBA students and graduates, and for good reason.

Bain & Co., like Facebook, has been endlessly praised by Glassdoor reviews, ranking among the top four best places to work every year since 2009. Like most of the companies on the year-end list, Bain offers ample benefits, including several months of paid maternity leave, comprehensive vacation and insurance policies, and one of the world’s best 401K offers. Fellow Boston metro company BCG also officers a considerable parental leave benefits package, retirement planning, and lofty salaries. 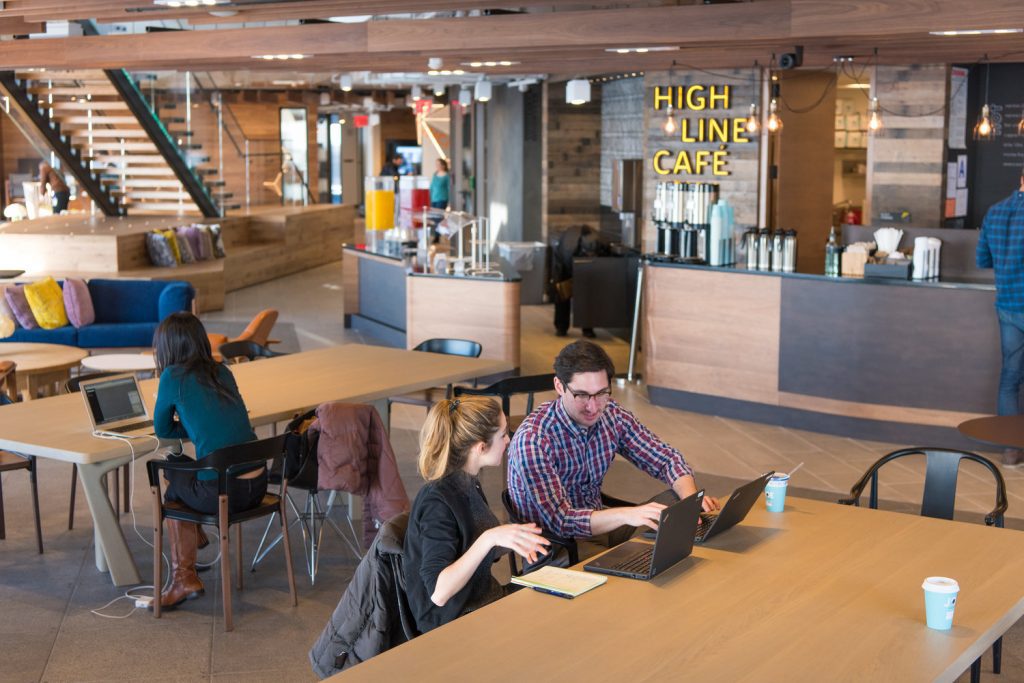 Inside the New York City BCG office/Photo via BCG.

Some Traditional Companies Remain Steady, While Giants Like Apple Stumble

Tech empire Google, not surprisingly, held its place among the top 10 companies—having never fallen lower than eighth overall since 2012. Just outside of the top ranking companies, McKinsey & Co. stayed within the top 20, while other notable heavyweights like Microsoft (39th), Capital One (69th), Deloitte (77th), Accenture (83rd), and Apple (84th), the world’s most successful consumer company, fell to the lower ends of the list.

Despite having the second most profitable year in company history, falling shortly behind it’s 2015 figures, Apple has been steadily dropping down Glassdoor’s annual Best Of list, posting its worst standing in the history of the ranking—nearly 50 spots worse than last year’s ranking of 36th overall.

Considering, however, that the annual ranking is comprises of over 500,000 companies, this drop may not be as serious as it would appear. The overall Glassdoor rating for Apple was 4.3, in contrast to Facebook, which boasts a current 4.6 rating. The average Glassdoor rating for employers, for context, is 3.3.

For a more extensive overview of the methodology behind the ranking, click here.