Get Ready for these February MBA Deadlines

Don’t delay your future! Being timely when submitting graduate school applications can increase your chances of scholarships and other not-to-miss opportunities when applying for your MBA. Stay up to date with this month’s MBA admissions deadlines!

With a application due date of February 21, applicants to the the Columbia Business School EMBA program should be ready for the quickly approaching deadline.

Many other programs in the New York City metro have deadlines coming up in early March, so it’s important to remember that February is a short month! The Tobin College of Business at St. John’s University and NYU’s Stern School of Business both have deadlines within the first couple weeks of March. To see more information on upcoming events and deadlines in New York, click here.

The Online MBA program at USC’s Marshall School of Business has a deadline approaching at the end of February, while three more schools in the Los Angeles metro have important deadlines quickly approaching. Students interested in applying to the part-time MBA at USC Marshall or both summer and fall starts for an MBA at Mount Saint Mary’s University in Los Angeles should be prepared to submit their applications by the first of March.

Two  programs at the Rotman School of Management—the Morning/Evening MBA and full-time MBA—have deadlines coming up in late February. Another deadline quickly approaching for schools in the Toronto metro area is for Rotman’s EMBA program, which is in early March.

February is a busy time for business schools in the Philadelphia metro, with several deadlines approaching throughout February and early March. Programs with a mid-February deadline include the Villanova School of Business Fast Track MBA and EMBA, and it is also the last opportunity for applicants for the Summer Intake Priority Scholarship at Temple University’s Fox School of Business‘ Online MBA. The La Salle University Online MBA also has a quickly approaching deadline in early March.

For a deeper look at upcoming deadlines in the Philadelphia metro, click here. 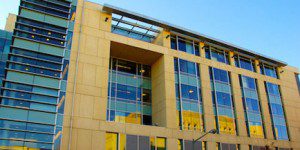