What They’re Saying: Spring Break is Sadly Almost Over

While the East Coast of the U.S. is catching up with another pleasant April storm cyclone, the rest of the business school community is back at work, shedding off the sunburned skin of a spring break well had. With the end of the formal academic year drawing near, students are preparing for the home stretch.

Check out some of the things business schools around the U.S., Canada, and UK are saying about the end of spring break and what you need to know before the academic year closes out.

It’s OFFICIALLY spring break! Our MBAs will be in China, Colombia, and Brazil getting a hands on #GlobalBusiness experience 🗺💼✈ pic.twitter.com/BDaPceTOCa

From climbing volcanoes to discovering secrets of luxury marketing, spring break for some Questrom students was about enhancing their business acumen through cultural immersion. https://t.co/lA6oQsdOCB

It’s extra quiet at the #RadySchool during Spring Break! We miss our students, but hope you are enjoying your break! pic.twitter.com/Kk2LaYMLk2 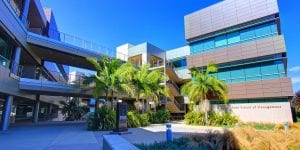