What are the Most Successful MBA Startups of 2018?

Earlier this month, LinkedIn released its 2018 list for the Top Startups in the U.S. The list includes 50 of the newest successful startups in the U.S. Most specifically, the list analyzes young companies that are experiencing exceptional employee growth, increasing interest, member engagement, and talent. The social media platform used its network of 575 million members to see which startups commanded the most attention and had the most top talent. To be eligible, startups need to be less than seven years old, have at least 50 employees, and be privately held and headquartered in the U.S.

We decided to take a look at the list and see which of these year’s startups were founded by an MBA. This list is by no means exhaustive, but quickly we were able to find founders and CEOs with MBAs from top universities such as USC Marshall, Wharton, Harvard Business School, and Columbia Business School.

Noodle.ai is an artificial intelligence service that helps businesses optimize their decisions through various algorithms and machine learning. It’s been used by airlines to better price flights and other businesses to cut waste from supply chains. During its Series B funding earlier this year, the company raised $35 million, more than triple its total funding to date. Currently, the company employs 130 people and focuses on addressing complex business problems via A.I.

A San Francisco startup, Noddle.ai got its start in 2016 thanks to co-founders Stephen Pratt and Raj Joshi. Joshi is a successive corporate entrepreneur who earned his MBA from the University of Texas at Arlington. Prior to founding Noodle.ai, Raj was an executive at MicroStrategy and founded Infosys Consulting, where he served as the company’s COO. At Noodle.ai, Raj is the President and COO.

Hailed as a two-wheel disrupter, Bird is a scooter sharing service that offers a low-cost and eco-friendly transportation option. Based in Santa Monica, California, Bird allows users to rent a scooter throughout North America at the cost of $1 plus $0.15 per minute. In its Series A funding earlier this year, the company raised $15 million followed by raising $100 million a month later during Series B funding. Later, the company raised an additional $150 million by a venture that valued the company at over $1 billion. Then, a further $300 million in funding a round later led to a $2 billion valuation.

Bird is an electric scooter startup founded by a former Lyft and Uber executive, Travis VanderZanden. Travis received his MBA from USC Marshall in 2007 while working as a product manager at Qualcomm. After earning his degree, he became the Chief Revenue Officer at Yammer and then helped co-found Cherry, an on-demand car wash service. Soon after that, VanderZanden joined Uber before founded Bird in the summer of 2017. 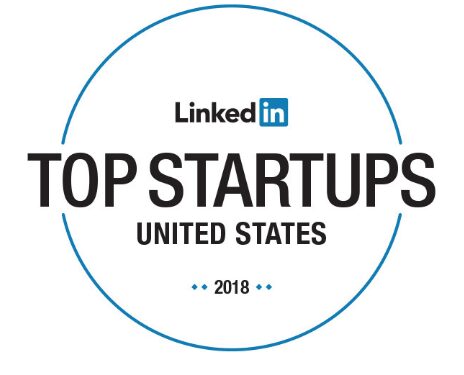 Palo Alto startup Rubrik is a cloud data management company that began in 2014. The company quickly growing, expanding its customer base by 400 percent and tripling its employee headcount in just four years. Rubrik currently has a $1.3 billion evaluation and 1,200 employees, making it among the most successful startups on the list. Its data management services, which include backup and recovery, runs both on-premises and in the cloud network.

It all started in 2014 when a VC and three engineers co-founded Rubrik: Bipul Sinha (CEO), Arvind Jain (VP of Engineering), Soham Mazumdar (Architect), and Arvind Nithrakashyap (CTO). Bipul, the CEO, holds an MBA from Wharton, where he graduated as a Palmer Scholar. Prior to Rubrik, Bipul was a venture partner at Lightspeed Venture Partners and the founding investor and board member of Numerify.

TripActions is a travel platform that rewards employees for booking cheaper hotels, flights, and car rentals. It’s a platform similar to Kayak, using machine learning to change the approach to business travel. The company allows employees to travel on their terms, helping them earn loyalty points and rewards for personal when saving. Companies save an average of 17 percent when using TripActions. The company was recently able to raise $51 million in funding.

Founded by Ariel Cohen and Ilan Twif and headquartered in Palo Alto, California with an employee count of 350, the company has been highly successful since starting in 2015. Cohen earned his Executive MBA from Northwestern University’s Kellogg School of Management in 2008 while working at HP Software.

Flexport is a freight forwarding and customs brokerage companies located in San Francisco. Built around an online dashboard, the company has raised more than $204 million in funding to date. It is one of the world’s first companies to digitize international shipping, making it easier to move goods globally.

Founded in 2013 by Ryan Petersen (CEO), the company is quickly growing and taking over the supply chain industry. Ryan earned his MBA at from Columbia Business School in 2008. After earning his degree, he went on to co-found and run ImportGenius.com before running and founding Flexport.

CEO and founder Sallie Krawcheck earned her MBA from Columbia Business School in 1992 and spent the next few decades on Wall Street, working for companies like Sanford C. Bernstein & Co, Smith Barney, and CITI. In 2015, she launched Ellevest to help women reach their personal and financial goals.

Outreach is a sales engagement platform that helps companies better interact with their customers throughout its life cycle. The software helps businesses manage interactions, using machine learning to guide users to take the correct actions. Since getting its start in 2013, the company, headquartered in Seattle, Washington has been recognized by Forbes as one of the “Next Billion Dollar Startups”.

CEO and co-founder Manny Medina earned his MBA at Harvard Business School in 2003, after which he joined Amazon as a Senior Product Manager. Afterwards, Medina joined Microsoft as a Director of Business Development before becoming the CEO of GroupTalent. Medina left that role in 2013 for Outreach.

One final honorable mention for the LinkedIn most successful startups 2018 with MBA founders: