Where should you go to school for your Executive MBA? Good question. While, the answer may not be quite so simple, an official EMBA ranking can help.

There are many things you should consider before choosing the best EMBA program for you including average graduation salary, industry employment, research interests, and more. However, a good place to start is with the 18th edition of the Financial Times Global Executive MBA Ranking. This ranking collects key data from business schools and alumni around the world to come up with a list of the top 100 best programs worldwide.

We’ve collated some of the critical data from the ranking study to give you insight into what’s going on in the world of EMBA programs.

Compared to full-time MBAs, EMBA graduates are much more likely to work in certain industries like manufacturing. In fact, three times as many EMBAs are employed in industry or manufacturing compared to their full-time peers. The figure accounts for 17 percent of all graduates. In comparison, only 10 percent of EMBA graduates are in consulting roles. And they’re less likely to work in finance, too.

EMBA graduates can also expect to earn more money than full-time MBAs after graduation. The average salary for an EMBA is $220,000 whereas an MBA alumnus can expect to make $146,000. It’s a large gap that’s similar to the salary gap between an MBA and a MiM graduate ($146,000 VS $67,000). Keep in mind, however, that the typical Executive MBA student is significantly older and often has more work experience.

In contrast, full-time MBAs win when it comes to salary boosts before and after earning the degree. MBA alumni generally increase their salary by 107 percent while EMBAs only experience a 59 percent boost.

This year, the top ten EMBA programs, according to the Financial TImes, includes four joint programs. In fact, these were the top four programs in the world ranking well for post-EMBA salary, alumni leadership positions, and work experience. Each of these programs offer excellent networking opportunities thanks to different cohorts across different campuses, connecting students around the world.

Here’s how all the rankings stacked up.

This joint program ranks first for the third year in a row, and it’s the ninth time in 12 years that it has headed the list—the other three times it ranked second. The program is known for having the highest average salary three years post-graduation, $507,000—$140,000 more than the second-highest salary. It’s also known for having half of its alumni as company leaders three years post-graduation. No EMBA has dominated the annual FT ranking quite like the Northwestern Kellogg & HKUST join program, earning top billing once again for 2018.

For the second year in a row, the Tsinghua-INSEAD dual degree MBA comes in third overall on the FT EMBA ranking. Located in China, Singapore, France, and the UAE, the program is known for its high salary three years post graduation ($365,746), and its high percentage of female students (45 percent).

The rest of the top ten shakes down as follows:

There were quite a few surprises in this year’s EMBA ranking. 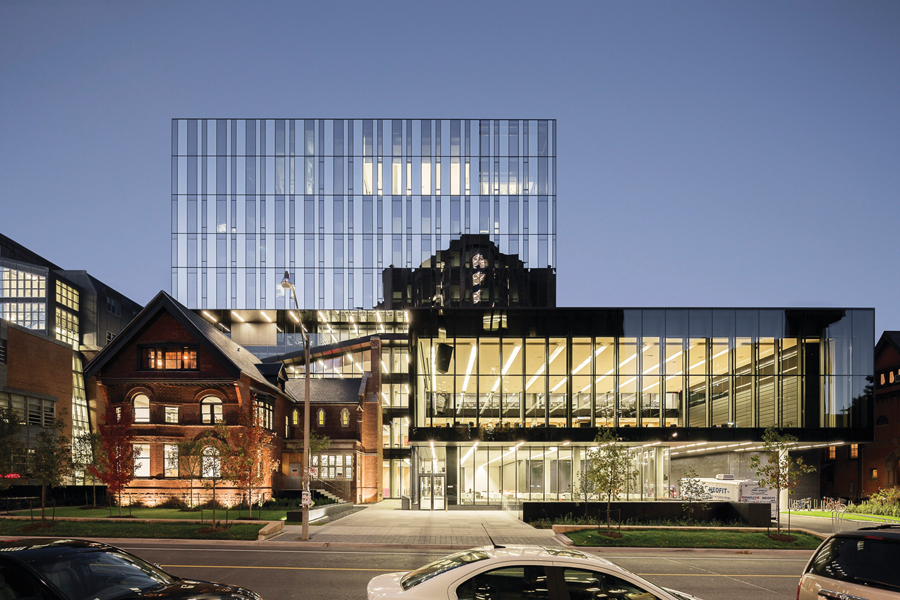 No school saw a bigger rankings jump than the University of Toronto Rotman School of Management, rising 20 spots in 2018.

To come up with the 2018 EMBA ranking, the Financial Times reached out to a record 139 programs with two online surveys: the first completed by the school and the second by alumni who graduated from programs in 2014. The methodology of the ranking is as follows:

And, for the first time ever, this year’s EMBA ranking included a new criterion for corporate social responsibility (CSR). This new criterion took a look at how many of a school’s core courses were dedicated to ethics, social, and environmental issues. Weighting at 3 percent, this criteria replaced the number of Ph.D. graduates per school.