This week, representatives from Canada’s best business schools have utilized their skills and knowledge to make valuable contributions to the greater community. We’ve laid out the highlights below.

A recent New Yorker article about the 2018 Nobel Prize in economics winners cites the blog of University of Toronto’s Rotman School of Management Professor Joshua Gans. Though the Nobel winners, Bill Nordhaus and Paul Romer, have not collaborated with one another, both have independently highlighted possible flaws and oversights of market economies. The article utilized Gans’s insight that the work of both winners provided a framework for economists to analyze and account for market failures.

According to thearticle, “In an idealized competitive market, prices equate the costs of producing goods with the benefits derived by consumers, and this equalizing mechanism insures that markets allocate resources and goods more efficiently than government diktat or other methods.”

Nordhaus’s research on fossil fuels and Romer’s research on goods that demonstrate advances in human knowledge suggest gaps in this narrative. Nordhaus’s work addressed that the cost of fossil fuels does not account for the damage incurred by their use, and consequent cost for future generations. This negative cost, importantly, is not accounted for in market transactions. Romer’s work explored positive spillover that is not accounted for in market transactions, such as advances in technology.

On news of Romer and Nordhaus’ awards, the Nobel Committee says:

“Both Romer and Nordhaus emphasize that the market economy, while a powerful engine of human development, has important imperfections and their contributions have thus offered insights into how government policy could potentially enhance our long-run welfare.”

You can read more about the Nobel Prize winners here.

Ryerson University has announced that Janice Fukakusa will take over as its Chancellor. Fukakusa, who received her MBA from York University’s Schulich School of Business, held senior roles at Royal Bank of Canada, including Chief Administrative Officer and Chief Financial Officer. She is currently on the board of not-for-profits like General Growth Properties, The Princess Margaret Cancer Foundation, and Cineplex. Until recently, Fukakusa was Chair of the Board of Governors for Ryerson. Fukakusa will be Ryerson’s first female Chancellor.

In her 31-year career, Fukakusa has received a variety of accolades celebrating her achievements. American Banker named her one of “The 25 Most Powerful Women In Banking” in 2016. She was also inducted into Canada’s Most Powerful Women Hall of Fame.

On news of her new role, Fukakusa says;

“I am honoured to be Ryerson’s new Chancellor, and look forward to driving the positive educational and societal changes for which the university has become known. We are leading the charge on so many important issues, and I am eager to work with students, faculty and staff in this new capacity to further advance the impressive progress that has been made to date.”

You can find out more about Fukakusa and her new role here.

The Globe and Mail profiled Carol Leaman, Chief Executive Officer of Axonify Inc. to highlight struggles facing tech employers. Leaman, whose company provides training modules for employees of corporations like Walmart and Bloomingdales, expressed that it has been increasingly difficult to woo qualified tech candidates. Amazon, Uber, and other global companies have been infiltrating the Ontario market, employing massive numbers of developers and IT personnel. Moreover, companies like Terminal have been helping U.S. firms hire Canadian developers. 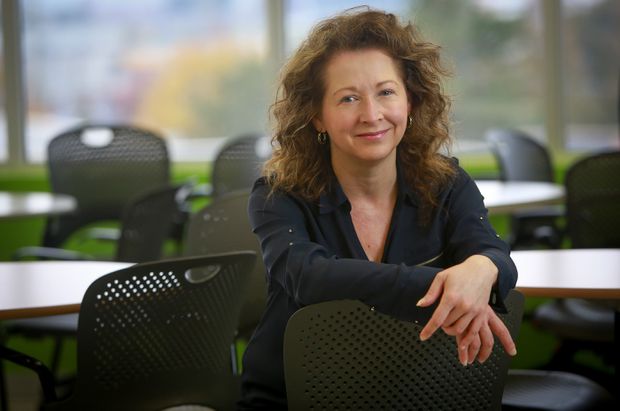 Carol Leaman, president and CEO of Axonify / Photo via The Globe and Mail

“I would start working on making their compensation more competitive—and by doing that you don’t always have to increase base salary,” Robie says, alluding to benefits like work flexibility and upward mobility.

“What really resonates with this group of people doesn’t have to break the bank.” 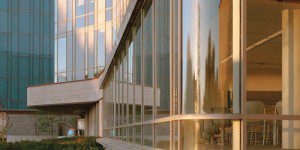