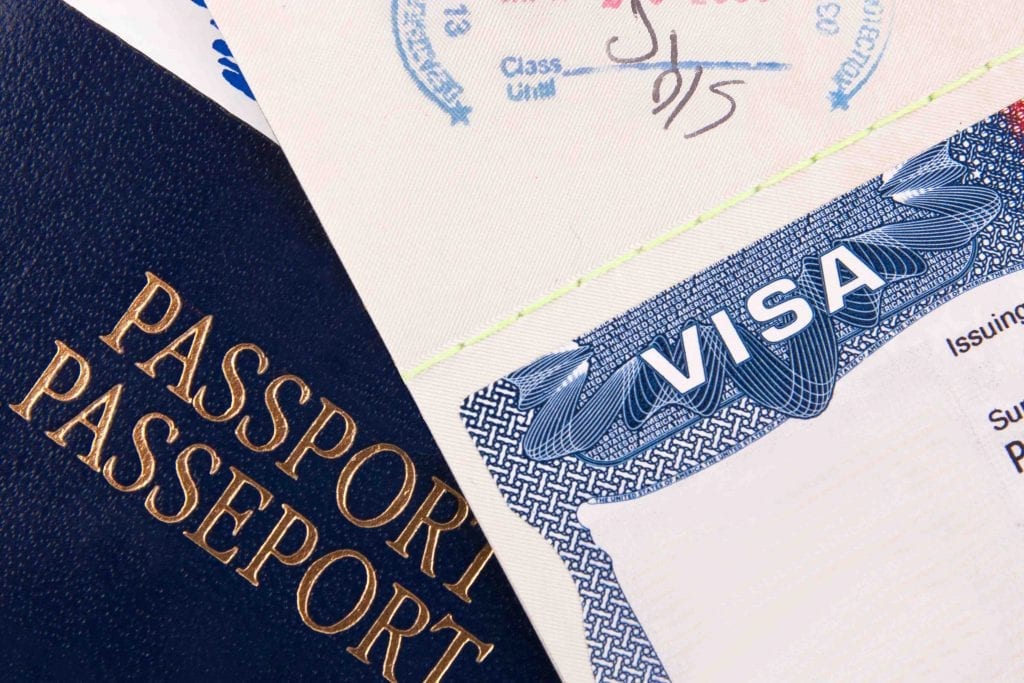 Immigration is in a precarious place in the United States. While media tend to focus on asylum and family separation, the Trump administration has taken aim at the H-1B Visa program. As Clear Admit previously outlined, the H-1B is necessary for any foreign-born individuals who want to work in the United States. Part of the Trump administration’s “America First” policy, the increased attention given to this visa program has created multiple issues for international students and the businesses that hire them. 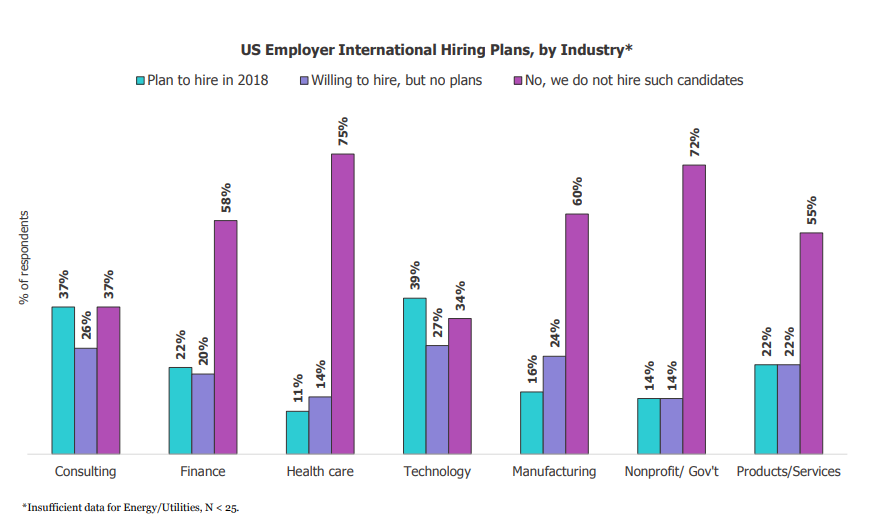 The reason that it is so hard for international MBA graduates is the nature of the H-1B visa process. If an employer chooses an international graduate and is willing to sponsor their application, neither the firm nor the employee can be sure that the employee will be chosen for the visa lottery.

A current international first-year student at Dartmouth’s Tuck School of Business tells Clear Admit that they haven’t second-guessed their decision to attend a U.S. school:

“I do think about visas, but I am not worried. I look at my MBA from a top school as a long-term investment. I am confident it will deliver returns in many ways throughout my future. My advice to other international students is 1) know why you want the MBA and how precisely you want to utilize it before arriving to school and 2) complete the company research and practice to be extra prepared for recruiting.”

The number of international job-seekers in the United States has declined over the last two years from its peak of 236,000 in 2016. However, the number of applicants for H-1B visas remains high—190,000 people applied for 85,000 H1-B visas in 2018, filling the slots in five days, according to a U.S. Citizenship and Immigrant Services (USCIS) survey.

In addition to the small number of slots, applicants have to deal with the fact that USCIS has increased discretion over how visas are distributed. Although they are generally three years in length, H-1B visas under Trump’s USCIS have been of increasingly bizarre lengths. As noted in the lawsuit, ITServe Alliance v. USCIS, USCIS has issued visas that last one day and 12 days. One specific visa was expired for three weeks before it was received by the recipient. This has led to increased uncertainty around international MBA students getting the cover that they need to work in the United States.

If an international MBA student has received their three-year H-1B visa and has their desired position, he or she might run into difficulty being with their loved ones in the United States. H-1B holders can bring their partners over to stay with them on an H-4 visa while they wait for permanent residency; however, the Trump administration has spoken openly about eliminating this program. While legislation has been proffered to ensure that this program stays in place, the legislation’s chances of becoming law are slim to nil.

Although the current situation is grim, there are efforts being made to improve the situation. Tech firms, a primary beneficiary of the H-1B visa program, have been lobbying Congress to increase the 85,000-person cap for the visas. In addition, there is support among both parties in Congress to ensure that the H-4 program stays in place.

However, this might be too little, too late. These various difficulties have caused a decline in the number of international applicants at U.S.-based MBA programs. According to the GMAC 2018 Application Trends Survey Report, in the two years of the Trump administration, the number of international applicants to full-time MBA programs has decreased 13 percent.

With the system as it is oriented now, being an international MBA student will remain challenging. Tuck’s Emma He T’17 suggests that fellow (and hopeful) international students “target companies early, be willing to expand your search areas, and/or leverage your background for potential visa exceptions” in order to “mitigate visa concerns.”

Relief might come in the future, but it appears that putting America first will hurt U.S. MBA programs.