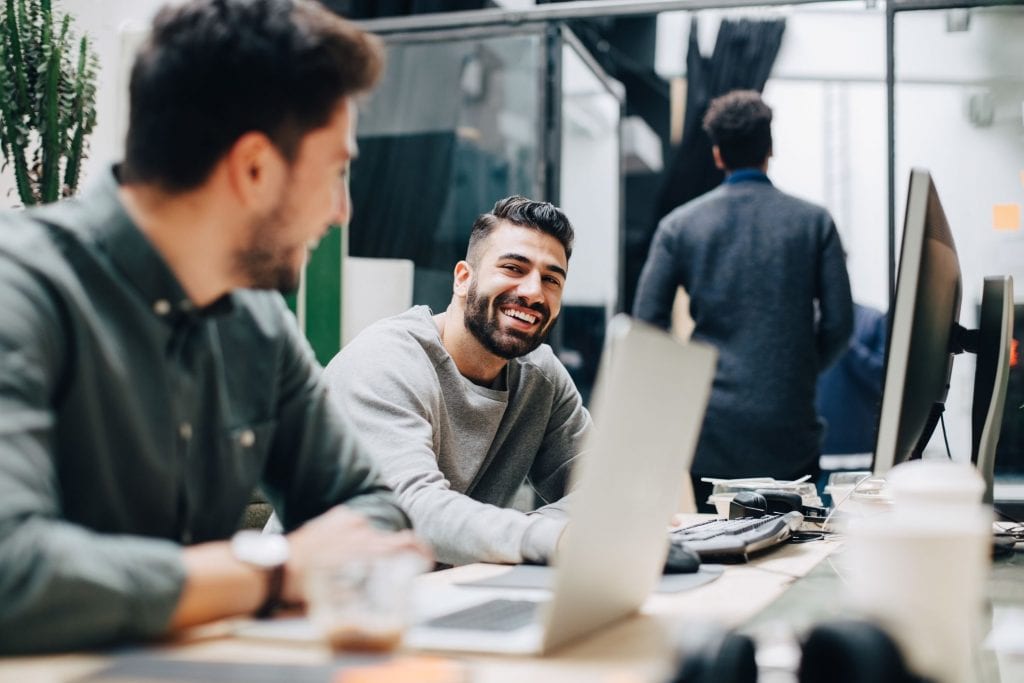 In the annual Glassdoor Best Places to Work list, Cambridge, MA’s HubSpot has earned top billing for the first time.

This was the fifth time HubSpot officially appeared on the Glassdoor list, with employees largely praising the company’s unlimited vacation time policy, in addition to paid parental leave (16 weeks for the primary care-giving and six weeks for the secondary care-giver), and a litany of reported health insurance options, according to CNBC. It was also a remarkable jump for the tech company, moving up from 16th overall last year.

On news of HubSpot’s award, co-founder and CTO Dharmesh Shah said, “We learned long ago that in order for us to achieve our ambitions we needed to build two products. One for our customers—and the other for our people. This second product is what we think of as our culture. And, just like any other product development effort, building a great culture is all about getting candid feedback and iterating. That’s why I’ve been a big Glassdoor fan. It allows us to get feedback and constantly improve our culture. I am thrilled that HubSpot has been named the #1 Best Place to Work on Glassdoor today because it means that our culture is working. We’ve always wanted to build a company that attracts amazing people and helps them do their best work. So thank you, HubSpotters, for making our culture what it is today.”

Following in second place is fellow Massachusetts firm Bain & Company, with DocuSign in third and surprise entrant In-N-Out Burger coming in fourth. All four aforementioned companies scored a 4.6 rating in Glassdoor’s employee review database. No company in the top 100 scored an overall rating less than 4.3.

Bain’s spot on the annual top 100 list is largely secure, appearing every single year since Glassdoor debuted its first official ranking 12 years ago. The company remains one of the most lucrative destinations for business school students world-over, with the average consultant salary currently around $153,189 USD. Additional pay also averages over $30,000 for consultants, totaling nearly $200,000 per year.

While work/life balance was among the few negatives noted by HubSpot and Bain employees, DocuSign employees repeatedly lauded the company’s approach.

Dan Springer, CEO of DocuSign, said, “One of my goals as CEO is to have each and every employee at DocuSign look back at their time here and say they did the work of their lives with us. To see that employees are already saying that and taking the extra step to share their candid perspectives on Glassdoor is amazing and humbling.”

This marks the fourth year in a row the San Francisco company earned a top 25 ranking in the annual Glassdoor list. However, several Silicon Valley titans didn’t enjoy such praise this year, with Google, Facebook, and Apple all falling. Facebook, in particular, saw the deepest slide, moving down 13 spots in the ranking to 23rd overall.

You can check out the rest of Glassdoor’s 2020 Best Places to Work list here.