Be Who You Are 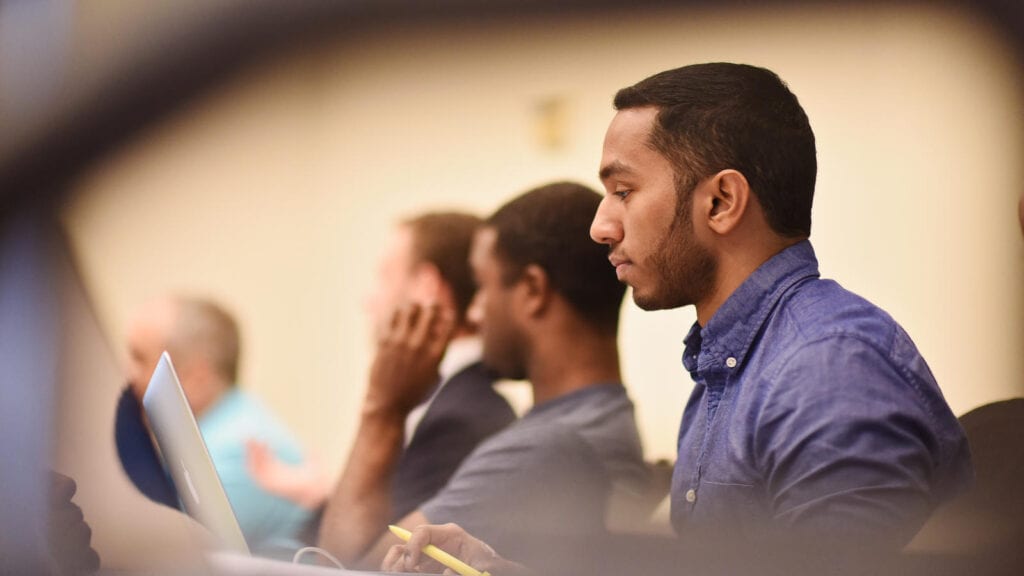 Why Rice Business Prizes Diversity – Be Who You Are

Here in the heart of America’s most diverse city, the Jones Graduate School of Business at Rice University seeks, values and champions students from a range of backgrounds. The reasons are simple, says Lina Bell, our Director of Diversity and Inclusion. “Research shows that the best business decisions are informed by a multitude of perspectives,” Bell says. “In addition to being good for business, it’s the right thing to do.”

High-achieving people of color, of LGBTQ orientation, of foreign birth and women still face discrimination – which means that picking the right business school means choosing a culture as well as a classroom. They may also face specific challenges, such as financing graduate school without intergenerational wealth or finding an environment where they’re seen as individuals rather than as representatives of a community. This second point is important, since some members of underrepresented minorities say they feel less free to make a mistake or spontaneous comment when they’re seen as spokespeople for their group. At Rice Business, we strive to appreciate each student on their own terms.

This philosophy is integral to Rice Business culture, Dean Peter Rodriguez says. “Organizations and societies truly succeed only when everyone within them is equally valued and supported for who they are,” Rodriguez, an economist, says. “To fully live our values at Rice Business, we have to first commit to ensuring that every one of us can confidently bring their whole, pure self here every day.”

Students at Rice Business, while learning in purposely small classes, also benefit from the school’s location in Houston. The fourth largest city in the country, it’s distinguished both by extraordinary diversity – it has the most equal distribution of ethnic groups in any U.S. metropolis – and a pragmatic, business-friendly culture.

Known as a welcoming and progressive city, Houston is the nation’s number one refugee destination, the first major American city to elect an openly gay mayor – twice – and is currently governed by a two-term African American mayor.

On our serene campus near the world’s largest medical center, Rice Business prioritizes diversity and top business skills – and recognizes that the two reinforce each other.

Diversity And Good Business Reinforce Each Other

Research by Rice Business professors confirms the value of these priorities, showing, for example, the power of antidiscrimination law and how innovation can spring from economic constraint, adversity and even living in another country.

This respect for a range of life experiences is what sold MBA student Norma Torres Mendoza on Rice Business. “I knew they were serious about their diversity efforts when I received a called from Dean Rodriguez congratulating me on my acceptance and on my Paul and Daisy Soros Fellowship,” says Mendoza, a member of the Class of 2020. “I knew that my presence mattered to Rice so much that the dean was willing to call. I believed that my voice as a former undocumented immigrant and first generation college graduate Latina mattered, and it mattered enough to add a scholarship behind it.”

Ashley John, an African-American MBA student in the Class of 2020, says the school’s commitment to these values was clear from the moment she applied. Born in Missouri City, Texas, John studied urban affairs at Stanford University before working for five years in nonprofit educational administration. “I was looking for a program with a strong community that was interested in social impact,” she says.

From the start, says John, Rice admissions staffers were thoughtful and candid in helping her prepare for both the quantitative and qualitative parts of her application. They were also hands-on in advising her on financial issues.

“I think sometimes we don’t like to talk about money, but it’s a really big investment to go back to school,” John says. “Rice had by far the best scholarship packages.”

That receptiveness is echoed by her classmates, and amplified by the inaugural class of the Consortium Fellows Program, which is dedicated to increasing the number of underrepresented minorities in business education and corporate leadership. After Ashley got knee surgery that kept her from driving, members of the Consortium’s Rice Business chapter surprised her with an Uber gift card.

While inclusiveness makes for a happy academic experience, it’s also basic training for modern global business, says Utpal Dholakia, a Rice Business marketing professor.
“It really shows the power of cultural literacy,” he notes. “Business schools need diverse students of all backgrounds. At some point they’re going to be educating each other.”

Rice Business also teaches – and practices – inclusiveness toward gender and sexual orientation. Research by Rice Business professor Mikki Hebl shows that, contrary to cliché, you really can legislate fairness. In a study of antidiscrimination laws protecting LGBTQ workers, Hebl found that such laws both communicate fairness as a social norm and influence behavior with the threat of enforcement.

Promoting women as leaders is a high priority at Rice Business. At the institutional level, Rice Business is one of just 50 schools selected to partner with the Forte Foundation, a national organization that supports women MBAs with scholarships and training. In 2018, the Financial Times ranked the Rice MBA as the top school in Texas for women.

Stacy Fish, a full-time 2020 MBA student, found the same type of support on campus. “I think if I were at a bigger school I would have felt a little drowned out,” Fish says. Instead, in her very first weeks at school, peers and professors pushed her to take an active role on the committee planning the annual Women In Leadership conference. The experience was so powerful that Fish ran for president of the Rice Business Women’s Association – and won.

Be Who You Are And Who You Want To Be

Find the best option to advance your career with MetroMBA. Your Metro. Your MBA. 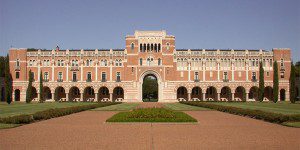