For over 300 years, Barclays has been one of the leading international banks for both consumer corporate investments. MBA candidates are drawn to Barclays not only for its stature in the global finance industry but also for the vast array of professional opportunities it offers. Within business banking, corporate banking, customer banking solutions, marketing, investment banking, and technology career paths, Barclays’ training, mentorship, networking, and travel opportunities are often unparalleled in the financial industry.

At Barclays, one major key to continued growth and success consists of building strong interdisciplinary business networks. As part of Barclays’ ongoing development opportunities, the company maintains a robust campus recruiting system. Barclays makes a point to develop relationships with their future prospects as early as possible in their educational and professional careers.

For students pursuing an MBA, Barclays offers the MBA Ambition Diversity Program, a summer internship program dedicated to talented and motivated MBA candidates. Within the MBA Ambition Diversity Program, Barclays initially gives a candidate a “condensed version of our on-campus recruiting process during the summer before you start your MBA, culminating in interviews at our New York office.” Successful candidates will then be offered an internship position the following summer after the first year of business school is completed. Once a candidate has been accepted, Barclays offers a fellowship program that “provides $45,000 toward first-year tuition and academic expenses.”

Barclays prides itself in seeking out women, men, and non-binary individuals of all backgrounds to cultivate a diverse environment for employees to learn from one another. The idea is that this multifaceted workspace will help employees expand their cultural perspective as they embark on a career in global finance. 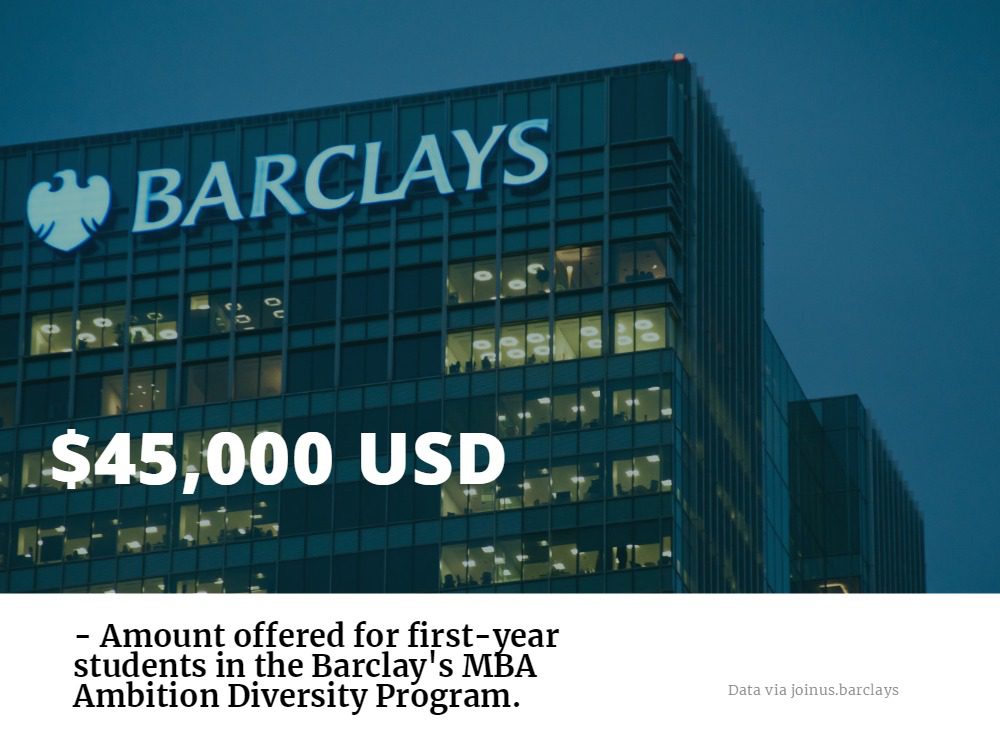 As of October 2017, Barclays has begun to offer free accommodation for graduates taking job interviews in London, Birmingham, and Manchester. This is for all graduates—not only Barclays applicants.

In 2016, Barclays’ head of banking associate recruitment, Kristi Robson, explained in an interview that MBAs are commonly hired into their banking division where Barclays has its largest intake. Banking interns and employees generally move into a product or coverage role within Equity Capital Markets or Technology, Media & Telecommunication, for example. Robson explains, “We do hire a small number of MBAs into our research business but this is dependent on business need.”

According to the 2017 WSO Investment Banking Industry Report, first-year analysts earn between $70,000 and $150,000 USD based on experience and by year three average between $120,000 and $350,000. “At the analyst level, it is not uncommon to work between 80 to 120-hour weeks at some firms. Most analysts start in the summer and receive their first investment banking analyst bonus around June or July, approximately one year after the analyst starts working. Analysts also often receive a signing bonus from $5,000 to $20,000, as well as a moving bonus if they are transferring laterally to a different bank.” For these reasons and more, Barclays strives to provide their candidates with every opportunity to grow professionally.

The following London MBA programs are reputable feeders for roles at Barclays. They are all remarkable schools for distinct reasons but each provides a formidable mix of business education and valuable alumni networks:

If you’re driven and wish to work for a large organization that still believes in “small-business”-style relationships and offers unique opportunities to develop business skill-sets and global perspectives, then Barclays could be the perfect fit. 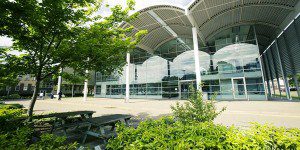