With roots dating back to the Great Exhibition of 1851, Imperial College in London has a long history of higher education. Today, it is known as one of the finest science and technology institutions in the UK.

In 1987, Imperial College’s Business School started as The AMBA-Accredited Management School. A couple of decades after that, in 2008, it earned its current title. The Business School operates at the heady intersection of business, science, technology, and medicine.

Today, Imperial College Business School is amongst just one percent of business schools worldwide to have been accredited by the three largest business school accreditation associations: AACSB, AMBA, and European Quality Improvement System. In addition, Imperial is one of the first business schools to receive a department level Bronze Athena SWAN award from the Equality Challenge Unit (ECU).  The award was in recognition of commitment to tackling gender inequality in higher education.

The Imperial College Business School is located in the heart of London. The campus lies minutes away from the city’s financial center, the museum district, Hyde Park, and Kensington Gardens.

Additionally, visitors and students can easily access the school via the city’s public transit system. The system makes stops with near proximity to the Heathrow, Gatwick, and Stansted airports.

Following a £27 million donation in 2004, Imperial College erected a modern building to house the College’s main entrance and the Business School. The building, designed by Lord Norman Foster, features seven dramatic lecture theaters as well as state-of-the-art study spaces and classrooms. In addition, the South Kensington Campus features the Central Library (which has a variety of study spaces and education resources) and the Imperial College Health Centre.

The Business School provides students with an international and well-informed cadre of professors to push them beyond the pack. For instance, faculty members acknowledge current best practices and practical issues related to business theory through their research and consultancy projects. During their time together, faculty members and students work to expand the boundaries of business knowledge through classroom lectures and informal chats. Furthermore, most of these professors at Imperial College in London also engage in groundbreaking & cross-disciplinary research, which informs their pedagogy and leads the way for the students.

Imperial offers a one-year full-time MBA. In addition to this popular option, the school also currently provides part-time MBA programs including a Weekend MBA, Global Online and an Executive option. 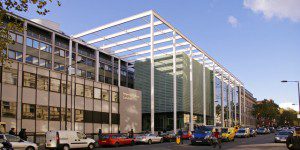