Who are the Most Important Female Leaders in Business School Today?

Being a woman in business isn’t easy. While the industry works to improve gender equality, there is still a long way to go. Currently, women only hold 18.1 percent of directorships at publicly held companies. According to the latest report from MSCI, a research and analytics firm for investors, it could be until 2027 before women fill 30 percent of those roles.

And women in business school face similar struggles. Just five years ago, only three of the top 25 schools in the United States had 40 percent or more women enrolled in its MBA programs. And while, currently, nearly half have reached that mark, gender parity is still a ways off. Part of the struggle has to do with female leaders in business school. Currently, there’s only one female dean at a top-tier business school, and there are few other women who’ve made it to the top of their business schools as deans.

The challenges faced by female business school leaders are myriad, which is why we felt it was so important to recognize those women who’ve become prominent leaders in business schools around the world. 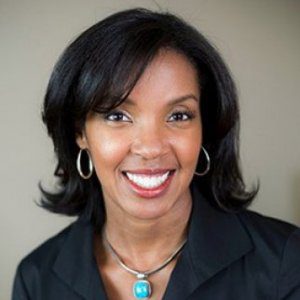 Erika James became the dean of Emory’s Goizueta School of Business in 2014. She’s not only a published researcher but also an award-winning educator who’s been named to the “Power 100” list in Ebony Magazine. James is best known for her work creating an equal playing field across gender and race. This work ensured that the National Diversity Council honored her in 2014.

As dean, James has improved Goizueta’s upward trajectory and student career success. In 2016, she initiated a new strategic plan that called on faculty, staff, and students to collaborate to raise the school’s influence. In addition to her role as dean, James sits on the board of the Association to Advance Collegiate Schools of Business (AACSB) and is a regular speaker at conferences across the nation. Her academic career includes involvements in many diversity initiatives and membership in a variety of university councils and committees.

James is the first female African American dean at Emory Goizueta in the school’s history, and she’s the first among top business school programs. 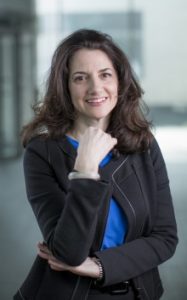 As associate dean at Imperial, Morgan’s mission is to develop the vision and strategy for both the MBA and MSc programs. She also has been in charge of the School’s international brand and has focused on improving Imperial’s Global MBA. In addition, she’s responsible for successfully helping to increase the number of female MBA students enrolled at Imperial.

Outside of her role at Imperial, Morgan sits on the board of The Forté Foundation, where she’s helped launch women into fulfilling and significant careers. Her advice for women, “Be a leader of your own long-term career options and set direction for yourself, right from graduation through to the boardroom,” she told the Financial Times. “Look at skillsets before you look at gender, both men and women can be outstanding champions and career advocates. Then find someone to emulate who matches your passions and interests and chart the choices they’ve made regarding geography, career transitions, partners, and education.” 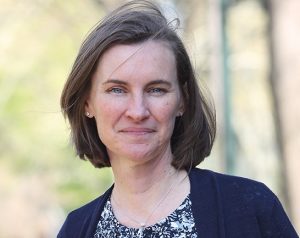 Maryellen Reilly is the deputy vice-dean of the MBA program at the University of Pennsylvania’s Wharton School, a position she’s held since 2017. However, she’s been at the Wharton School since 2006, when she joined as the senior associate director from her work in The Vanguard Group as a Senior Portfolio Analyst. As the deputy vice dean, Reilly leads MBA career management, student life, admissions, and financial aid at the school.

Reilly earned her position after five years as one of the highest rated student advisors at the Wharton School. In her time at Wharton, Reilly has participated in various organizations and committees. Most specifically, she’s provided support for the Veterans Club as well as the Wharton Women in Business organization.

When talking about women at Wharton, Reilly told the Financial Times in an interview, “What’s most important is making sure that this is a place where women thrive and that this is a place that, whatever their aspirations are, we try to make sure they feel connected to the community.”