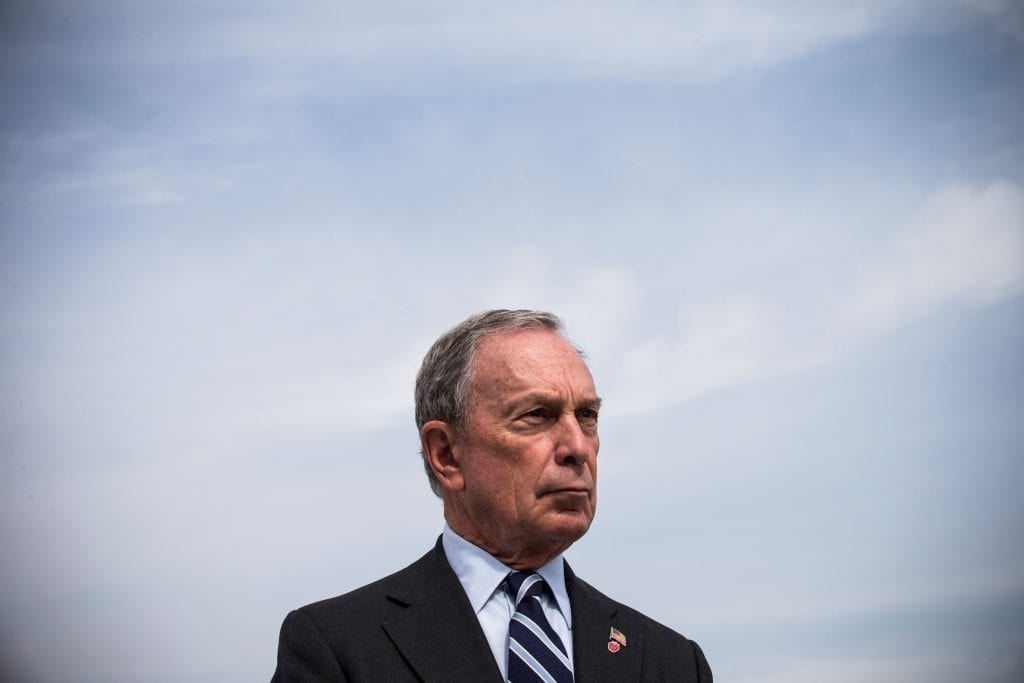 You may (or may not) be surprised to learn that the majority of Forbes‘ Billionaires List features people do not have an MBA. It’s true—Amazon paragon and Washington Post owner Jeff Bezos comes from Princeton, but with degrees in electrical engineering and computer science. Bill Gates is perhaps the most famous college dropout (sorry Kanye). Even the Oracle of Omaha himself, Warren Buffett, only holds a Bachelor’s degree in Business Administration from the University of Nebraska. But that doesn’t mean there aren’t some standout MBA success stories on the list.

So who are the world’s biggest MBA success stories, and where do they rank in Forbes’ Billionaires List?

The highest-ranking MBA on Forbes’ wealthiest list is Michael Bloomberg, who comes in 17th overall. Bloomberg, a Harvard Business School graduate, is the founder, CEO, and owner of Bloomberg LP, sporting a net worth of $46.2 billion.

In addition to his businesses, Bloomberg entered politics in 2001, serving as the 108th Mayor of New York City for three consecutive terms. After his tenure as mayor, Bloomberg re-assumed the position of CEO at Bloomberg LP in 2014, though continues weighing a presidential run in 2020.

Nike founder Phil Knight is a well-known alumni of the University of Oregon, but he received his MBA from the Stanford Graduate School of Business. Knight is the 22nd wealthiest person in the world with a net worth of $31.5 billion.

After receiving his MBA, Knight built his shoe sales and distribution network with Japanese suppliers. Together with track coach Bill Bowerman, Knight started Blue Ribbon Sports, changing its name to Nike in 1978. Knight stepped down as CEO of Nike in 2004, and retired from his position as chairman two years later.

While his ties to Oregon are undeniable, he has also not forgotten where he earned his MBA. Knight donated $105 million to Stanford to help build the Knight Management Center, opening in 2011. In 2016, Knight gave $400 million to Stanford for a scholarship program. Jorge Paulo Lemann is one of the richest men in not only Brazil, but the world. An HBS MBA grad, Lemann is currently 39th on Forbes’ list of wealthiest people with a net worth of $21 billion.

Lemann is best known for his stake in Anheuser-Busch InBev, which he owns alongside fellow billionaires Carlos Alberto Sicupira and Marcel Herrmann Telles. The trio negotiated the mergers of the Brazilian AmBev with Belgium’s Interbrew, and later purchase of the American Anheuser-Busch. They have also led the purchase of other food industry giants Burger King, H.J. Heinz, and Kraft Foods.

Susanne Klatten is one of the primary shareholders of BMW, owning a 21 percent stake in the company with her brother Stefan Quandt. She ranks as the wealthiest woman in Germany and the 41st wealthiest person in the world with a net worth of $20.8 billion. Her mother, Johanna Quandt, previously ranked on the list of richest women in the world until her passing in 2015.

Don’t let her impressive lineage fool you: Klatten has accomplished more than the average business person. She earned her MBA from the prestigious International Institute for Management and Development in Switzerland. Along with BMW, she led Wesel-based Altana AG into a world-class pharmaceutical corporation and serves as co-Deputy Chairperson of the Supervisory Board.

Bridgewater Associates manages about $160 billion for approximately 350 global clients, including public and corporate pension funds, university endowments, charitable foundations, supranational agencies, sovereign wealth funds, and central banks. Ray Dalio, Founder of Bridgewater Associates and Harvard Business School MBA alum, is a big reason for this success. He is the 53rd wealthiest person in the world with a net worth of $18.1 billion.

Dalio earned his BA in finance from Long Island University before taking to the floor of the New York Stock Exchange, trading commodity futures. Dalio earned his MBA from HBS in 1974. A year later, he took his business school knowledge and all his prior experience and founded Bridgewater Associates out of his apartment. The firm would eventually become one of the largest hedge funds in the world by the early 2000s after pioneering risk parity investments in 1996.