The Big Picture: The 5 Most Important MBA Numbers of 2018

Each year there’s a ton of new information that comes out about MBA programs. From new rankings to the latest GMAC news, there are a thousand little tidbits that can overwhelm applicants, students, and alumni. We’ve collected the most important MBA numbers of 2018.

To pare down the news into the information you need to know, we’ve taken a look at the big picture of the MBA for 2018 and outlined the five most important pieces of data you need to know. We’re talking about everything from the decline and U.S. MBA applications to the increase in female enrollment, the higher salaries and GMAT scores, as well as the increase in interest in technology. 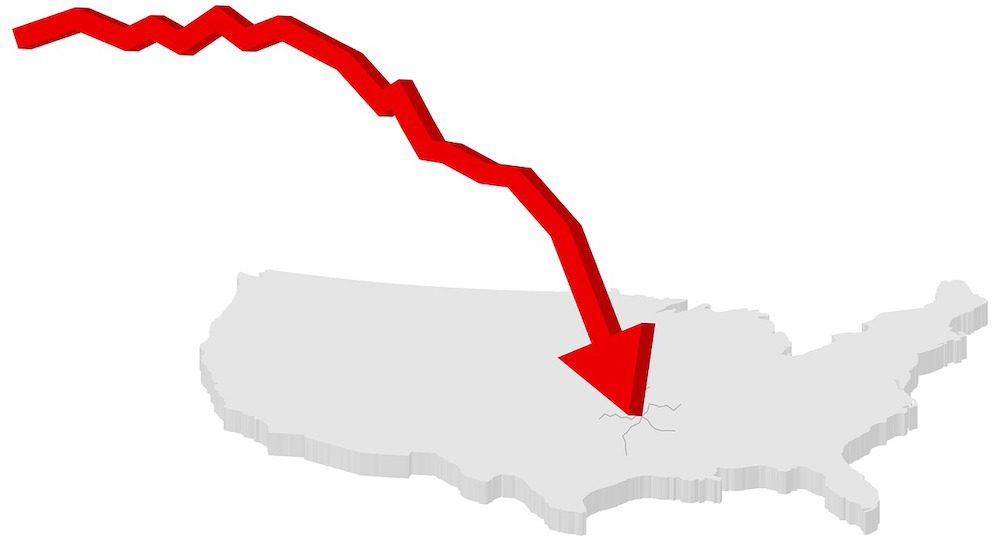 Probably the biggest news on the MBA front in 2018 was the major decline in applications at U.S. business schools. According to a Graduate Management Admissions Council survey of 1,087 graduate business programs at 363 schools, 70 percent of two-year MBA programs in the U.S. saw a decline in applications this year. And, for the first time, even prestigious institutions were not immune.

As for the reason behind the decline, it mostly has to do with the U.S. immigration policy having a major effect on international applications, which fell by 10.5 percent. Though, domestic applications did suffer as well, but only by a small degree in comparison—just 1.8 percent. Other reasons for the decreased include the currently strong labor market, which makes business school less enticing and rewarding.

As for the global average salary increase, in 2017 it moved back above 100 percent and remained there in 2018. In fact, in 2018, more than two-thirds of alumni cohorts more than doubled their salaries. This year marked a major turn for USC Marshall, which became one of the biggest business schools in the world to enroll more female than male students, at 52 percent of the MBA class.

This past year was also huge for female MBAs. Gender balance at many top MBA programs reached an all-time high with average female full-time enrollment at 37.8 percent. Even better, this year, USC Marshall became one of the first MBA programs in the county with a female majority—52 percent. But they weren’t the only school to achieve great success.

Northwestern Kellogg admitted 46 percent full-time female students this year with Dartmouth Tuck and the Imperial College Business School close behind at 45 percent. In fact, many top MBA programs had notable female admittance this year. More than half of the Forté Foundation’s 52 sponsor MBA programs reached 35 percent or higher female enrollment.

Technology and Products/Services Lead in Jobs 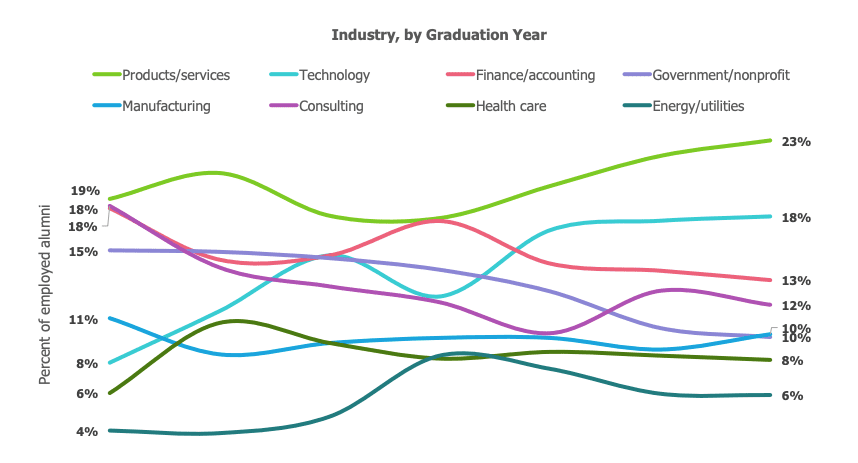 A few years ago, if you asked MBA alumni where they were heading for a career, most would have said finance/accounting and consulting, but that’s changed in 2018. This year, most full-time, two-year MBA alumni went into products/services (19 percent) and technology (19 percent). In comparison, just 16 percent of alumni went into finance/accounting, and 10 percent chose consulting.

Even at top MBA programs such as Wharton, more and more graduates are heading into technology and coming from technology. For example, at Northwestern Kellogg, a record 28 percent of the graduating class went into technology. Part of the phenomenon is the fact that Microsoft and other technology companies are going on hiring sprees at business schools. In fact, Amazon is a top ten MBA employer at many schools including Kellogg.

NYU Stern was one of the many major American business schools that saw a rise in the average GMAT score in 2018.

Though U.S. applications to MBA programs may have decreased that year, that didn’t affect the standards of incoming applicants. In fact, those standards even increased. Nineteen of the top 25 MBA programs according to the U.S. News & World Report recorder the same or higher GMAT scores compared to previous years.

However, it’s also important to note that more MBA programs also began accepting GRE scores in 2018 with more students submitting those scores than ever before.