In an accelerated political and economic landscape, New York City remains the center of gravity for international business. But year after year, how do newly minted New Yorkers survive in a city where the cost of living is reportedly 70 percent higher than the national average? This is especially true now when fewer and fewer aspiring professionals can afford to sacrifice continuity of employment to advance their careers.

Perhaps there’s some truth to the stalwart New Yorker archetype—part salesperson, part artist, part lunatic, which in many ways describes the ideal MBA. But for aspiring MBAs who lean more toward one category than others, the sleepless city still holds distinct advantages for candidates—specifically with the New York City region’s many non-traditional MBA offerings.

Whereas Part I and Part II of this series took a closer look at returns on investment for more traditional MBA programs, Part III assesses the b-schools in the greater New York Metro region that offer flexible and fast-track degrees.

These options carry a lower overall price tag due to less time spent in the classroom, which helps graduates enter their chosen fields sooner. Students can also opt to study part-time so as not to interrupt current employment. Those looking for the sweet spot in flexible, efficient education and savvy, cost-effective living within commuting distance of the city are wise to consider the available options.

If you’re looking to make short work of your MBA and optimize your ROI at the same time, see how these institutions stack up.

Lehigh College of Business and Economics

Located within commuting distance of New York City and several other metropolitan areas in the region, Lehigh College of Business is one of the most expensive 1-year MBA on this list, with tuition priced at $64,750. However, Lehigh students graduate with an average debt of $34,215 and earn an average base salary of $59,200, making repayment easily navigable. Lehigh also offers a Flex MBA.

With an Accelerated 1-year MBA which includes an immersive nine-day trip to China, Ramapo College’s Anisfield School of Business is priced at $44,608 for the entire program. MBAs graduate with an average debt of $33,300 and earn an average base salary of $48,700. The school also offers a traditional two-year degree.

Binghamton University School of Management offers a Fast-Track Professional MBA in the form of a one year program which carries a modest tuition of $16,776 for in-state residents and a still competitive $26,466 for out-of-state residents. MBAs graduate with an average debt of $25,718 and earn and average base salary of $60,140. While more than a hop, skip, and a jump away from New York City, this program boasts one of the better return on investment opportunities in the New York City metro.

While Rutgers is certainly the largest university on this installment to the Return on Investment series, it is often overlooked among the better business school options in the NYC metro. Offering traditional full-time, the Rutgers Business School also houses a part-time MBA program with a $64,620 tuition for New Jersey residents. This sits near the top of our list in cost, and out-of-state candidates pay a comparatively hefty $112,140 in total. MBAs graduate with an average debt of $25,974 from the New Brunswick campus and $27,881 from the Newark campus, going on to make an average base salary of $89,436. This makes Rutgers’ salary-to-debt ratio the best on this list. 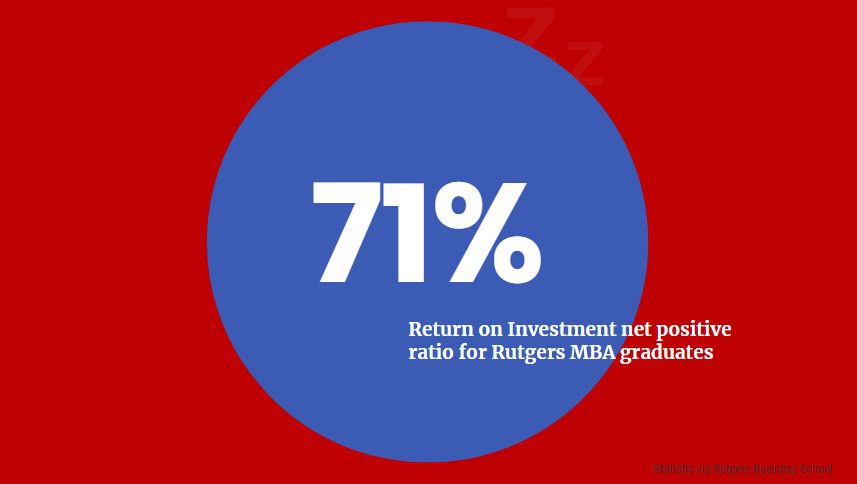 The Seton Hall’s Stillman School of Business draws heavily from residents of near-bye geographic areas by offering an Flex MBA program at $1,305 per credit hour. Total credit hours vary depending on the candidate’s particular path and subject of study, and there are several from which to chose. MBAs graduate with an average debt of $38,414 and earn an average base salary of $54,088.

Catch up with our New York City MBA Return on Investment series with Part I and Part II today. 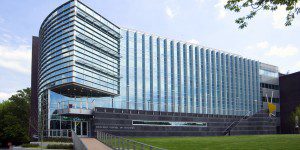