The Minnesota Carlson Master of Science in Business Analytics (MSBA) can be completed in either just one year or in a part-time format.

Those enrolled in the full-time MSBA take classes exclusively during the day, with 45 credits worth of courses spread across three separate semesters. Those in the part-time format can complete the program in two years, with six-to-nine credits worth of classes per semester.

The full-time MSBA begins in June, with the initial summer semester featuring courses that cover “Business and Management Fundamentals.” The following fall semester features courses covering the “Technical Fundamentals,” while the final semester in the spring features “Advanced Analytics and Experiential Learning.”

Those in the part-time MSBA curriculum is structured similarly, only stretched over a longer period of time. In addition, part-time MSBA students complete a Capstone Project in Analytics in the final leg of the second year.

The most recent full-time MSBA class at the Minnesota Carlson School of Management featured 119 students in two separate cohorts. Among these students, 40 percent of students were female, and 87 percent hold international residency. The average age of the class was 24-years old, the average GMAT score was 703, the average GRE was 320, and the undergraduate GPA was 3.54.

The most recent MSBA class earned an average post-grad salary of $98,205 USD and an average signing bonus of $7,800. The majority of graduates earned roles in the business/data analytics industry (51 percent), followed by marketing/sales (18 percent), and consulting (16 percent).

Tuition for in-state students in the Minnesota Carlson Master of Science in Business Analytics program is $990 per credit, and $1,410 for out-of-state students in the full-time MSBA. Over the course of 45 credits, the in-state total comes to $44,550 and the out-of-state total comes to $63,450. These totals do not factor fees and other additional expenses. A nonrefundable $1,500 fee is required prior to enrollment to hold a spot in the program.

Part-time MSBA students should expect to pay $1,293 per credit and $58,185 in total for tuition, regardless of residency. These totals also do not include other fees and expenses. A nonrefundable $500 fee is required prior to enrollment to hold a spot in the program.

A total of $400,000 in scholarships will be awarded to full-time MSBA students, with 20 separate $20,000 scholarships offered at the beginning of the program. No application for this scholarship is necessary. However, the offer is only for U.S. residents or citizens in the full-time program. International students are also automatically submitted for consideration for other merit-based scholarships.

Federal and private loans may be available to students in the program. However, specific availability may depend on national residency and other factors.

In order to enroll in the Minnesota Carlson Master of Science in Business Analytics program, applicants must have an undergraduate degree, completed a college-level calculus course, earning a “C” grade or higher, and demonstrate proficiency in one of the following computer languages:  Python; R; C; C++; C#; VB; Java; Pascal; or Fortran.

Along with a completed application, the following must also be submitted:

In-person, 30-minute interviews are conducted by request on campus or over Skype.

Application deadlines are as follows:

All applications for the part-time MSBA submitted after July 15 are reviewed on a space-available basis. 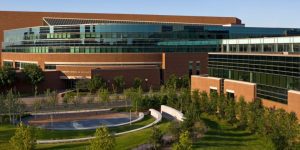 All Carlson School of Management – University of Minnesota News »